The GRAMMY Museum® is pleased to announce its plans to expand the forthcoming exhibit celebrating the 40th anniversary of seminal L.A. punk rock band X. Previously set to open on June 30, 2017, on the Museum’s fourth floor, X: 40 Years of Punk in Los Angeles will now be displayed on the second floor in the Museum’s Special Exhibits Gallery, opening Friday, Oct. 13, 2017. With more artifacts and space than previously planned, the exhibit will give visitors a glimpse into how X's four original members – Exene Cervenka, John Doe, Billy Zoom, and DJ Bonebrake – quickly established the band as one of the best in the first wave of L.A.'s flourishing punk scene.

Items on display will include:
•    Original instruments and gear played by the band
•    Handwritten lyrics and notebooks by Exene Cervenka and John Doe
•    Clothing and other personal items
•    Original concert flyers for L.A. shows
•    Rare photographs and artwork by Exene
•    X: The Unheard Music film, and more!

"We are so excited to be moving this exhibit to our main exhibits gallery, giving X, one of Los Angeles’ most influential punk rock bands, the recognition they deserve,” says GRAMMY Museum Executive Director Scott Goldman. "X played such an integral role in developing the West Coast punk movement, and we are excited to tell that story, now with even more artifacts and ephemera than previously planned."

"When we were in the early stages of developing the exhibit, we knew what an important story we’d be telling, but we had no idea just how many photographs, artifacts, and other items we would have access to,” continues GRAMMY Museum Curator Nwaka Onwusa. “Thanks to X, we outgrew our previously planned space before the exhibit even opened! We can’t wait to share this exhibit with our visitors, and we are so honored to be giving X the spotlight they deserve.”

"An X exhibit in a museum? Unbelievable! We are honored, dumbstruck and so grateful that all four original members are here to celebrate and share our history and 40th anniversary. It’s a very long way from a basement on Hollywood Blvd (The Masque) to the GRAMMY Museum, but we feel that we bring with us all the punks from then and now. We are just the representatives for what has gone before and what is still to come in the City of Angels." — Exene, Billy, DJ, and John

X: 40 Years of Punk in Los Angeles will be on display through spring 2018. 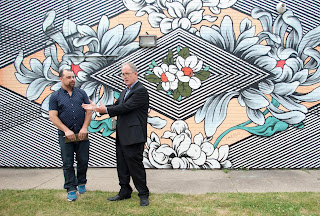 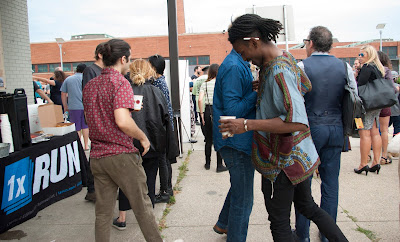 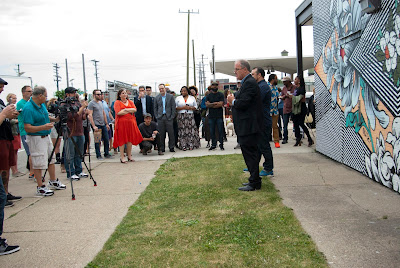 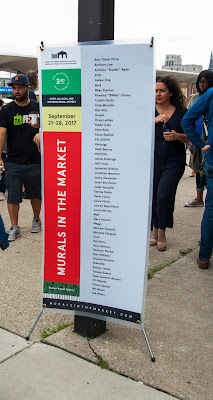 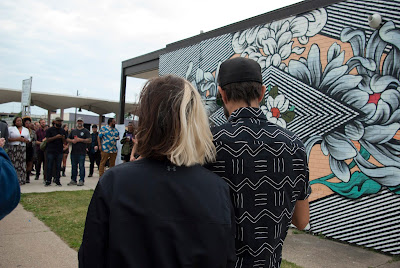 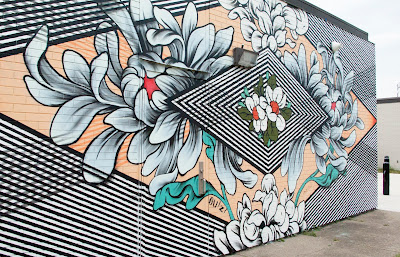 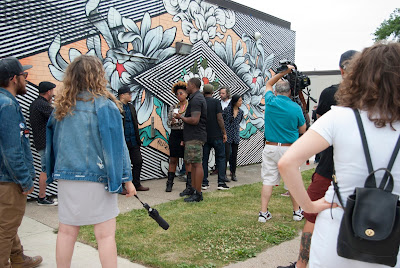 Five Detroit rock bands will perform to help out one of their most ardent fans D.d. Kethman on Friday, July 28 at 8 pm at PJ's Lager House in Detroit.

Join local music scene advocate, dedicated fan, and Motor City Rah Rah, D.d. Kethman in her fight against cancer! D.d. has been a scene supporter and has had an active role in the music scene for many years starting with organizing the original grassroots Fourth Street Fair and volunteering at many cultural events including Concert of Colors, Theatre Bizarre, etc. She was diagnosed with cancer in May and has been undergoing treatment since then. Everyone can use a little help with their finances during this trying time, so the funds raised from this event will help her get back on her feet.

The show will feature performances by the unstoppable rock band White Shag who recently won the award for “Outstanding Alt/Punk Indie Group” at the 2017 Detroit Music Awards. Punk trio The Zotz will perform, along with dark wave rockers Panic or Pain, punk rock by The Dregs and a new band Rocket to Rehab will open the show. The Motor City Rah Rahs will also be there to cheer her on!

Check out the bands' music here: 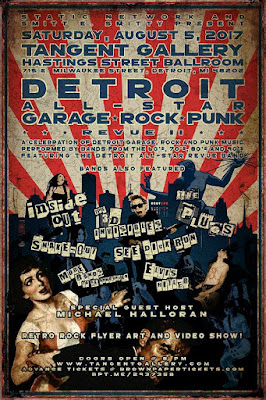 Get ready to return to the glory days of Detroit Rock n' Roll! Static Network and Smitt E. Smitty joined forces to bring you The Detroit All-Star Garage Rock Punk Revue II on Saturday, August 5 at 9 pm at The Tangent Gallery in Detroit.

This year's show will feature reunions of bands from the '70s, '80s and '90s Detroit garage, rock and punk music scenes. The bands that will be revisited on this historical night are iconic female powered trio Inside Out, punk band The Plugs will reunite for the first time since the '80s, the infamous Elvis Hitler returns to the stage, punkabilly gods Snake Out, monster rockers 3D Invisibles, popstars See Dick Run and kicking off the night will be rockers Cinecyde.

Special guest MC for the evening will be former WDET and 89X DJ Mike Halloran. The Motor City Rah Rahs will also be there cheering the bands on!

The event will also feature a Retro Flyer Art Show featuring old-school flyers and photos from Detroit's rock past.