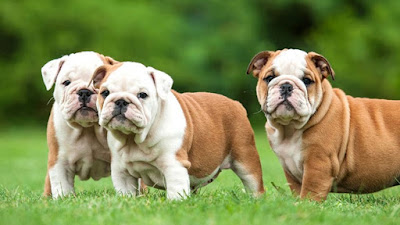 Tonight at ASTRO LANES 32388 John R. Road in Madison Heights enjoy a night out of bowling & support the bullies of DBR!

There will be LOTS of awesome gift baskets up for raffle and t-shirts for sale!
Posted up by RebeccaMich on 23.3.18 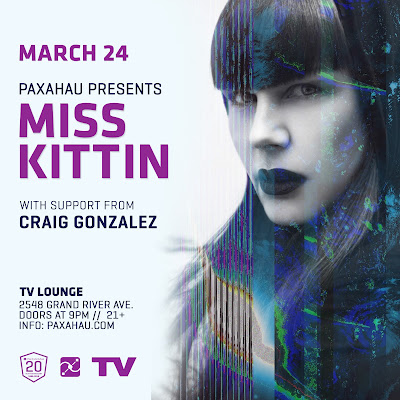 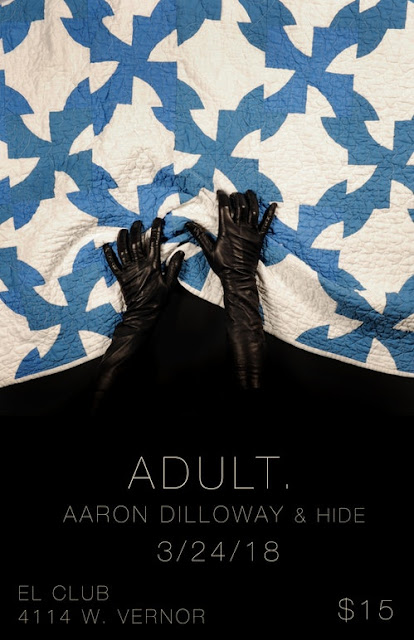 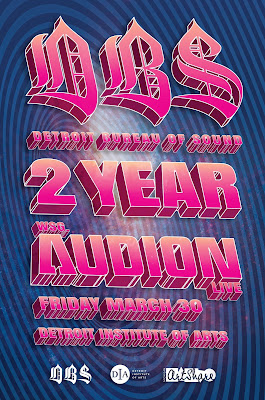 Detroit Bureau of Sound celebrates 2 years by returning to the Rivera Court as part of the DIA's Friday Night Live! series with music that’s minimal, hypnotic, and all made by living composers.


Works for percussion quartet by David T. Little, Elliot Cole, Steve Reich, and a world premiere by DBS director Zac Brunell will be delivered on the first half of the program - the second half will feature a live electronic performance from Matthew Dear as Audion.

DBS is made possible via Michigan ArtShare with a grant from the Michigan Council for Arts and Cultural Affairs and the National Endowment for the Arts :)

This Saturday at Leland City Club we get to experience a true Global Warming experience as PrismViews presents Global Warming 2.0 with CIFIKA, Fee Lion and many more! This show is like one of those great events Stefon from SNL news (did you catch last week?) brings up and you think to yourself, "hell yes I'd go to that!"
Billed as an after Adult. show, and you should probably check that one too, Global Warming features two fresh and unique sounding electronic artists, as well as some local DJs pumping up tracks before, during and after. Here's the lowdown:

Get all the details here!

(In title alphabetical order and not in order of screening*)
"As The Light Fades" - Justin Simonetti (2017 United States 3mins)
An animation exploring death, the pain of loss, and the fear of meeting nothingness on the other side.
"Blow Job" - Robert Hemlich (2017 United States 4mins)
An inflatable tube man vies for the attention of his lady love.
"Clay vs Animation" - Alako Myles (2017 Australia 5mins)
A group of four friends accidentally unleash an unwanted creation...
"Cocoon, Cocoon" - Ori Goldberg, Ilai Margulies (2018 Israel 7mins)
A fat, smug caterpillar doesn't want to become a butterfly. In song and rhyme, the horrors of metamorphosis are revealed.
"Duel " - Alex Morgan  (2017 United Kingdom 3mins)
A duel-crazed nobleman strives to uphold his honor by taking on the ultimate opponent - a starving orphan child.
"Eggs With Legs" - Harrison Schaeffer (2017 United States 3mins)
An egg, a leg, another egg, another leg, a man, a dream, and an egg.
"Eon" - Nick Zweig (2017 United States 6mins)
Rise and fall.
"Framed" - Marco Jemolo (2017 Italy 7mins)
A noir animated short-film which explores the sensitive subject of alienation in society.
"Glorious Victory" - Will Kim (2017 United States 2mins)
A watercolor animated short about two beetles intensely fighting over a fig fruit.
"KOMØD" - Annick Buhr, Janina Schmidt, Annika Saum  (2017 Germany 4mins)
Ole the Hotdog has bought a new commode but after assembling something is not as expected.
"Obah-chan" - Paul Thurwachter (2018 United States 4mins)
A compilation of animated shorts revolving around the daily life of Obah-chan, a Japanese grandma.
"Outside" - Laura Norris (2017 United States 5mins)
When a lonely little boy finds a strange creature in the woods, he must keep it a secret from his mom.
"Pokey Pokey" - Junjie "Jake" Zhang (2016 United States 7mins)
A father attempts to figure out the best way to protect his son from seeing filthiness of the crime-ridden city.
"Ready to Fight" - Natasha Cánepa (2017 United States 2mins)
A princess's desperate call for help is soon answered by a hero who is not prepared to defeat the enemy.
"Rose on the Moon" - Panna Horvath-Molnar (2017 Hungary 2mins)
Hidden by the depth of night, small creatures roam the forest.
"Stroke" - Jiani zhao , Emanuele Romano (2017 United Kingdom 5mins)
An old man recalls his experience of having a stroke with peculiar visions regarding himself and the reality around him.
"Stuck" - Whitney Walters (2017 United States 6mins)
A blob tries to get a job in its respected, creative field.
"The end of the line" - William Côgo (2016 Brazil 3mins)
Based on an awarded picture book, the story is about Brazilian animals standing in line. What is at the end of the line?
"The Perm" - MCR/ELECTRIC OTTO (2017 United States 1min)
No longer Natural, this Monster is a Cold Wave of Destruction (and that's No Lye)!
"TIS" - Chloë Lesueur (2016 France 9mins)
Here is our hero, TIS, as he struggles to free himself from the sheet of paper.
"When Comes the Rain" - Brian Giovanni (2017 United States 2mins)
The local birdbath is empty and the hot sun won't let up, so one ambitious bird decides to tamper in God's domain.
"Why We Want a Dog" - Alison Locricchio (2017 United States 2mins)
Max and Paulie are siblings yearning for one thing only: a pet dog, and decide to make a home video to show their parents that they do, indeed, deserve a dog.
*Actual screening schedule will be released by April 1st.