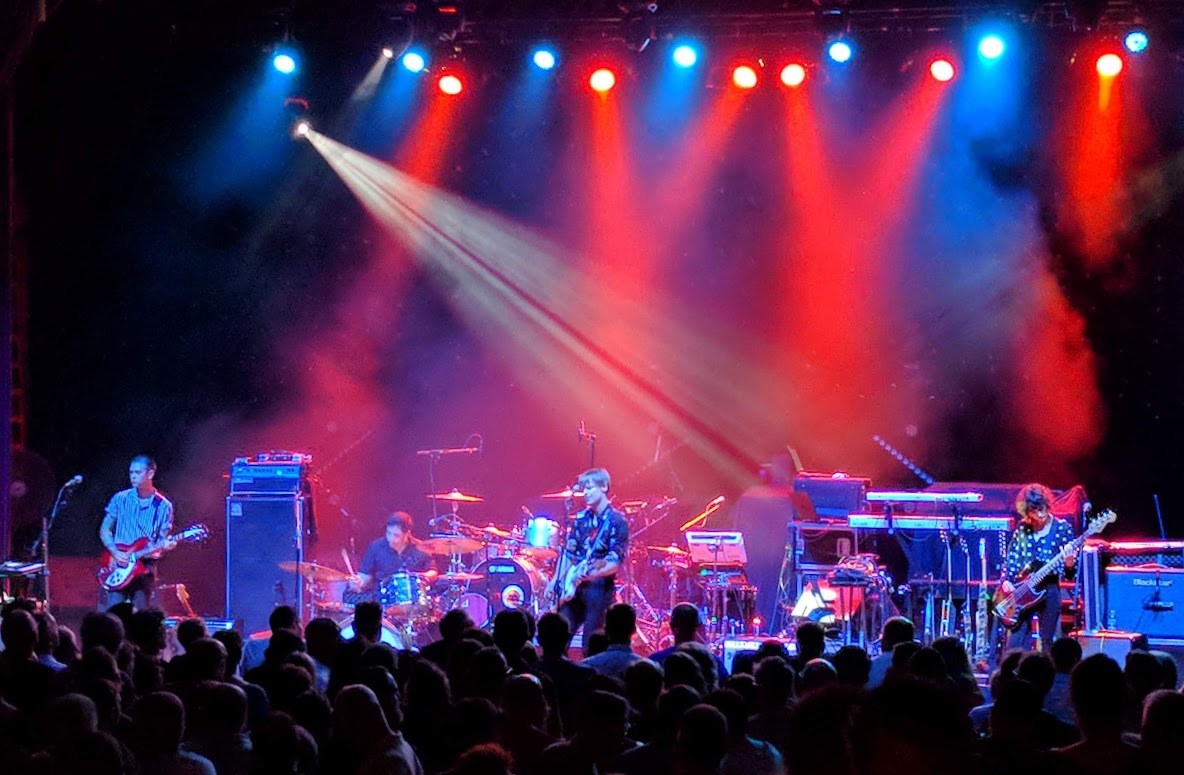 Let's hear it for the boy! Dear Boy that is. The pop band from Los Angeles made their Detroit
debut as the opening act for the Psychedelic Furs and James show at the Royal Oak Music Theatre this past Saturday night. For those of you who missed it, you missed a great performance! 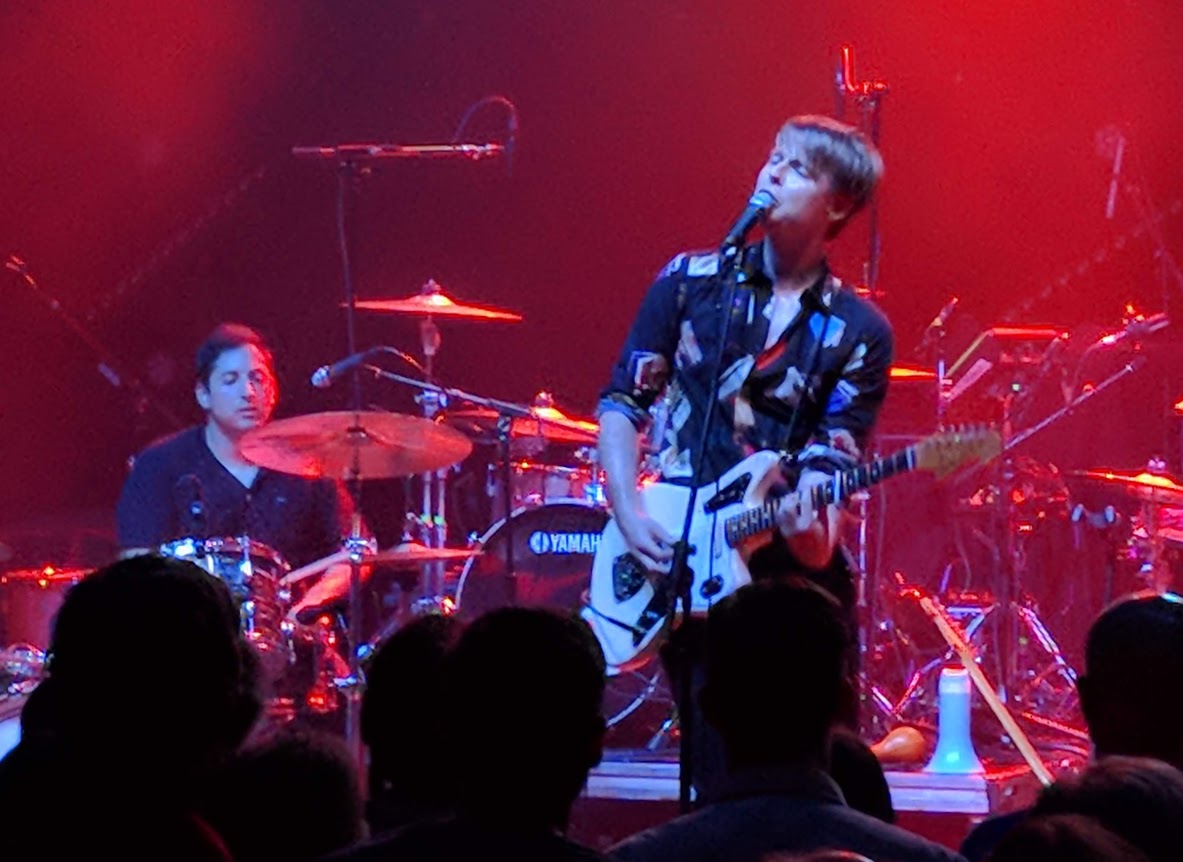 I was glad to see that there were plenty people who did arrive early and enjoyed the band's show. It seems the band already has quite a few fans here in the city and are sure to have gained more judging by the enthusiastic response to their set. 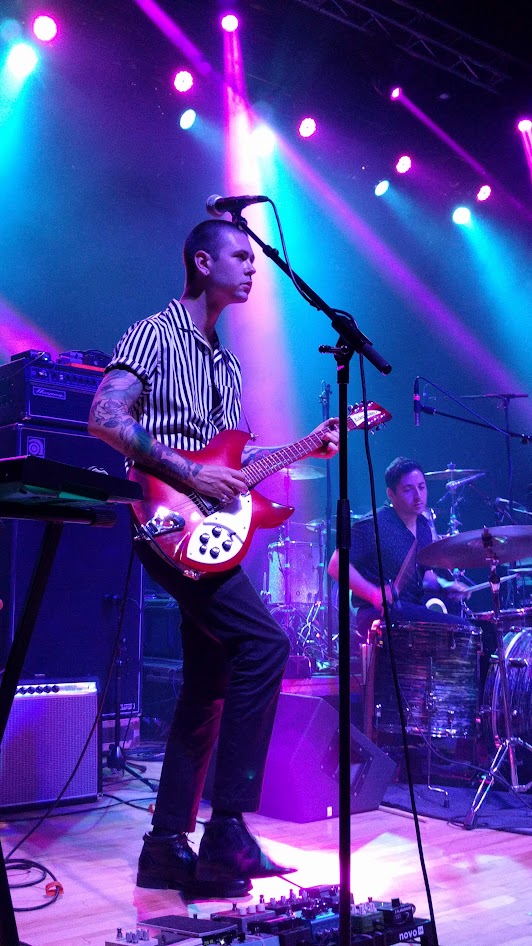 Dear Boy set the stage for the night with their brand of Brit pop meets post punk and dreamy guitar driven songs. They played songs off their three E.P.s they released on their own indie label. They mixed older songs like “Hesitation Waltz” from their first self-titled release with a newer tune “Semester” off their 2019 Strawberry E.P. throughout the opening set. The band was named one of the best bands in LA by music critics in 2018. 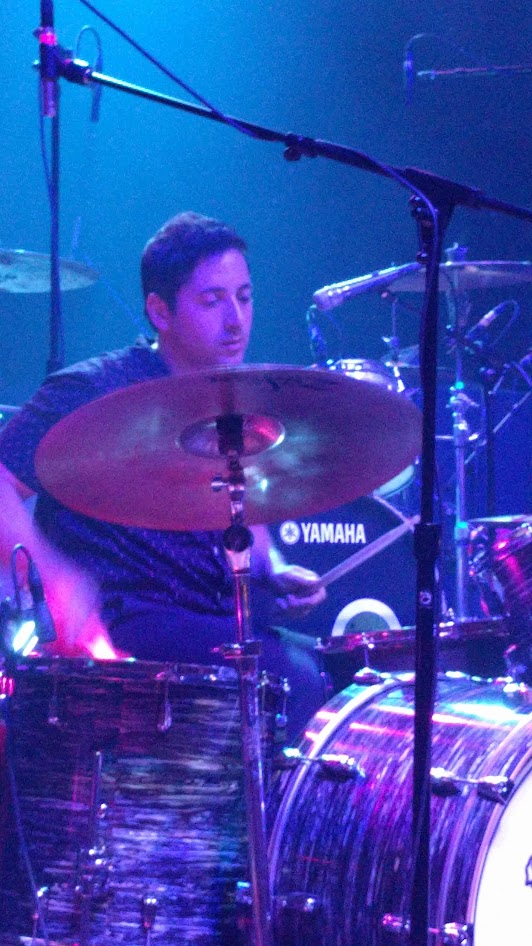 They have supported artists such as Peter Murphy, The xx and Dear or Die and also embarked on a national tour with fellow indie band Rogue Wave.This was their first tour opening for these major acts and the band held their own with a remarkable performance. Lead vocalist Ben Grey announced
during their set “It was a dream come true” as he humbly thanked the fans in the crowd for helping them get to that point and for getting there early to see them perform. They also joined the audience after their set to watch the rest of the concert along with them. 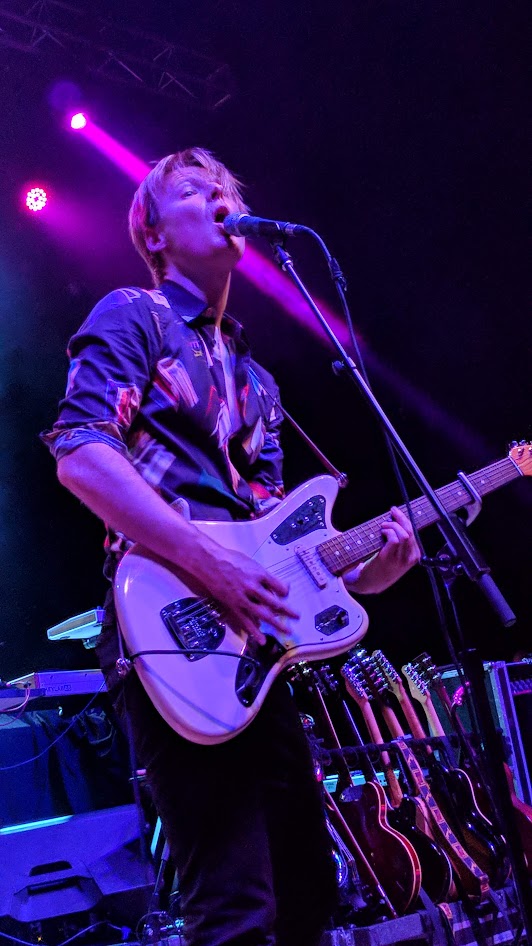 So next time they return to our city, make sure you make a point to go see Dear Boy and
check out their music in the meantime. 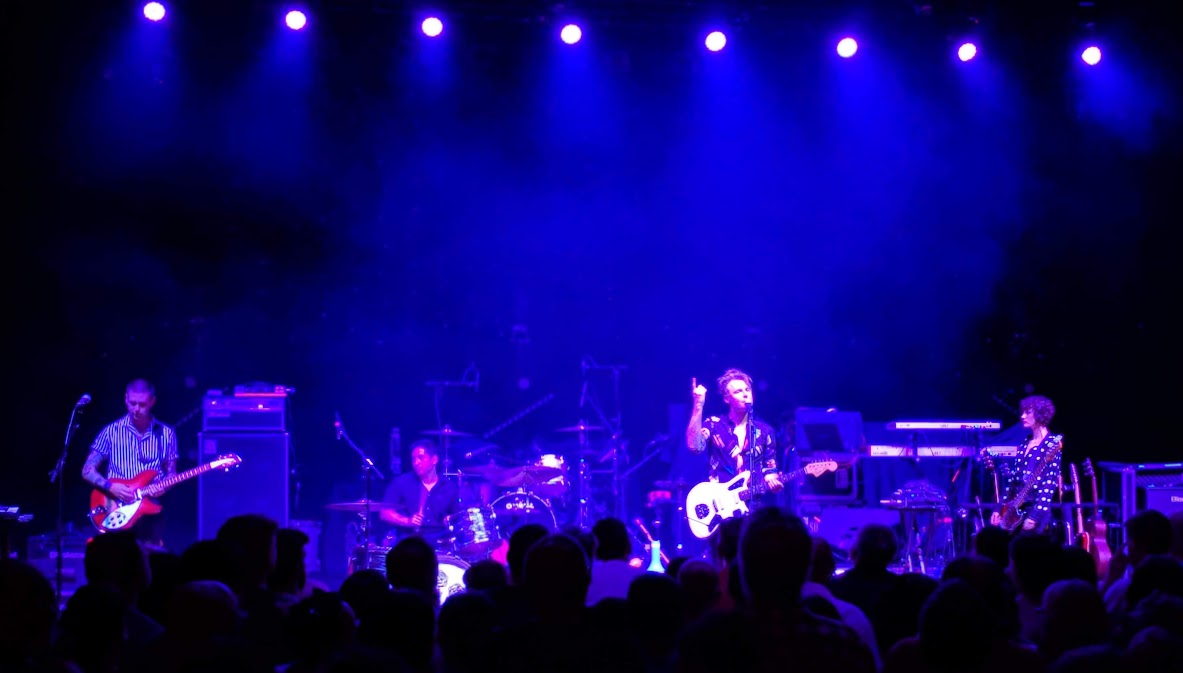 THE FIREWALKERS HEAT UP THE WHITNEY GARDEN PARTY 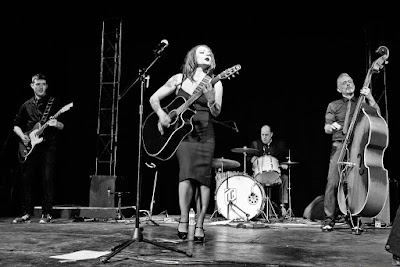 There's a hot new band in town and they will set the stage afire at the Whitney Garden Party on Thursday, July 11! The Firewalkers are a new r&b/blues quartet featuring some of the city's finest musicians set off by the fiery vocals of Laura Mendoza.

In 2017, during a residency at Otus Supply where Rudy and Loney were playing with JC and the Royal Keys, Laura was invited to sit in as a guest singer for one of the dates. That day the band started off with the unmistakable classic “Hound Dog” by Big Mama Thornton and the audience was blown away. Afterward, the three decided to start their own band and made their debut performance at the annual Erotic Poetry & Music Festival in 2019 to a rapturous crowd and began playing shows around town.  The band performs an original set of songs that includes some select r&b and rock classics like “Fever.”

They will be performing two sets starting at 7pm to 9pm at the infamous Whitney Garden Party. The party opens at 4:30 and is $5 cover. The Whitney is located at 4421 Woodward in Detroit, 313-832-5700. The parties are held in the fabulous garden of the historic restaurant.

Another upcoming show will be August 9 at The Willis Show Bar located at 4156 Third Avenue in Detroit, 313-788-7469. www.willisshowbar.com

For more information on The Firewalkers check out their webpage at https://www.facebook.com/thefirewalkersdetroit/

For more info on The Whitney: https://www.facebook.com/TheWhitneyDetroit/
Posted up by Dirk Belligerent on 2.7.19

A DATE WITH DEAR BOY! DON'T MISS THIS BAND'S DETROIT DEBUT OPENING FOR THE PSYCHEDELIC FURS AND JAMES ON JULY 27!

How many times have you purposely arrived to a concert late to skip the opening band? It seems these days everyone has short attention spans and don't want to sit thru opening acts while waiting for the headliners. In the case of the upcoming dual headlining show of The Psychedelic Furs and James coming to the Royal Oak Music Theatre on July 27, it would be a shame if you missed the opening band Dear Boy!

Dear Boy will be setting the stage for the night with their brand of Brit pop meets post punk and dreamy guitar driven songs that are reminiscent of bands from the eighties and nineties. They are a perfect match to this retro bill! The band may have Brit influences, but they hail from Los Angeles. With two E.P.s of music on their own label under their belt, the band has been making waves in their hometown and abroad. They were named one of the best bands in Los Angeles by music critics there in 2018. They have supported artists such as Peter Murphy, The xx and Dear or Die and also embarked on a national tour with fellow indie band Rogue Wave.

The band are also fans of the two bands they are currently touring with as they have released a cover of The Psychedelic Furs tune “The Ghost In You.” They are also actively keeping the medium of music videos alive and have released a dozen for their songs since they started in 2012.

So make a plan to get to the show early and don't miss Dear Boy. You don't want to hear from your friends how you missed a good band the next day.

Here is a short Q&A from lead vocalist/guitarist Ben Grey of Dear Boy by Sue Static:

Is this your first time playing in Michigan?

It is! And I can’t think of a better first date with Michigan.

Obviously the band are Psychedelic Furs fans, whose choice was it to cover the song “Ghost In You”? Were there any songs in the running for a cover?

Haha totally… We wear our Furs fanaticism on our sleeves.

We do love to cover other music... "In The City" by The Jam, "Girlfriend in a Coma" by The Smiths, "Only The Lonely" by The Motels, "Only You" by Yaz, "Never Let Me Down Again" by Depeche Mode... we even do a fuzzy rendition of "Sister Golden Hair" by America... But "The Ghost in You" was the only cover we've ever done that was truly different than the original but still felt like an actual marriage of two sounds and two bands. Also, whenever we play it live, it's so fun to pretend that we wrote it... Even if it's just for a few minutes ;)

It's good to see a band who still takes the time to release creative videos. Do you have any additional videos in the works?

Thank you! That really means a lot. We actually did just finish shooting a video for a new song called "Heaven Moves." It's kinda like "A Hard Day's Night" if The Beatles were Monsters and if it was directed by Eric Rohmer. I think it's going to be cool.

What else is on the horizon for Dear Boy?

We're planning some fun live shows in Southern California and then a Fall tour... but mostly, we're excited to start tracking our first full length record. It's written... It's ready... and we absolutely can't wait to get moving.

For more info and to hear Dear Boy check out their website www.dearboyofficial.com or their videos on youtube.com.
Posted up by Dirk Belligerent on 1.7.19