The iconic punk rock band, X, have announced additional dates for the first leg of their upcoming spring/summer tour plans. The first tour leg will begin on May 2 in Hermosa Beach, CA at a VIP party for the BeachLife Festival after which Exene Cervenka, John Doe, Billy Zoom, and DJ Bonebrake will then join the Violent Femmes for a 9-date co-headlining tour starting May 6th at Humphrey's in San Diego, CA and continuing on through May 17th in St. Louis at The Pageant. In addition, X and Violent Femmes will be among the top stars at Arlington, TX's upcoming KAABOO Texas, set for Saturday, May 11th alongside The Killers, Kid Rock, Sting, Lynyrd Skynyrd, The Avett Brothers and many more.

X recently announced the reissuing and remastering of their first four classic albums via their collaboration with Fat Possum Records. Los Angeles (1980) will be released on February 22nd, Wild Gift (1981) will be released on March 22nd, while Under The Big Black Sun (1982) and More Fun In The New World (1983) will each be released on April 12th. In addition, the band recently re-entered the recording studio for the first time since 1984. In two days, five songs were recorded with producer Rob Schnapf, release plans are pending.

Formed in 1977, X quickly established themselves as one of the best bands in the first wave of LA's flourishing punk scene; becoming legendary leaders of a punk generation. Featuring vocalist Exene Cervenka, vocalist/bassist John Doe, guitarist Billy Zoom, and drummer DJ Bonebrake, their debut 45 was released on the seminal Dangerhouse label in 1978, followed by seven studio albums released from 1980-1993. X's first two studio albums, Los Angeles and Wild Gift are ranked by Rolling Stone among the top 500 greatest albums of all time. Over the years, the band has released several critically acclaimed albums, topped the musical charts with regularity and performed their iconic hits on top television shows such as Letterman and American Bandstand. In 2017, the band celebrated their 40th anniversary in music with a Grammy Museum exhibit opening, a Proclamation from the City of Los Angeles and being honored at a Los Angeles Dodgers game, where Exene threw out the first pitch and John Doe sang the National Anthem. The band continues to tour with the original line-up.


*X with Violent Femmes
**Festival Date
Posted up by Dirk Belligerent on 27.2.19 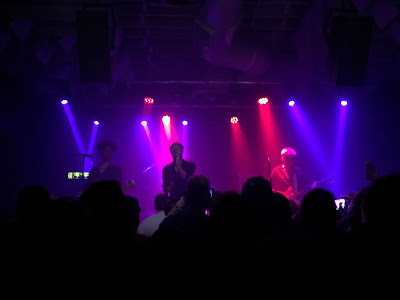 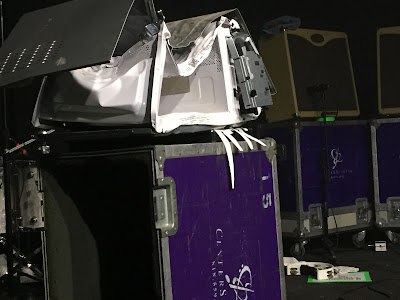