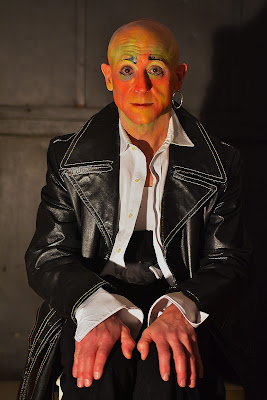 “Satori Circus is the Theatre of the Absurd - on Mars.” – RDW

On Friday, June 29th, 2018, SATORI CIRCUS will perform a new original performance art piece titled, ‘Stroke’ at the Tangent Gallery / Hastings Street Ballroom. Also performing will be the theatrical rock performance group, The Haberdasher from Port Huron, MI. This new show is one of many performances that will lead up to Satori Circus' 30th Anniversary celebration in late September of this year.

The new piece ‘Stroke’ is based on a short story by Antonio Cosenza, a young Detroit writer, titled ‘The Painter’. In the short story you find a loner artist, trying to make things out of whatever he can find, and appropriate into his work; whether it be painting, sculpting, collaging, et. al. He’s a starving artist, that might be of this era, or of an era that was a part of our early art history: the beginning of the 20th century. Maybe France, maybe Brooklyn, who knows. What you do know is it is a struggle. A struggle we are all too familiar with. A struggle about life, identity, moving on and trying to survive the path you’ve charted for yourself.

“The people wouldn’t have known that he existed if not for his occasional visits to the town square. He would walk, a vagabond, in tattered clothing through the town picking up anything that caught his eye. He would appear a month or so later with paintings that were identical to those very objects he had picked up weeks before.”

A collaboration with dear friends Brian Dambacher (Funy As Hell, 63mins., poems we tell ourselves), Tim Suliman (MOSES:39, Child-Proof, poems we tell ourselves), Ryan McInnis (Funy As Hell), Robin Schweihofer (Funy As Hell), and first-time collaborations with Antonio Cosenza and Nakita Crothers. This culmination of eclectic talents ventures into a hybrid performance art piece of new original music, movement, avant-garde theatre and a departure of the classic SATORI CIRCUS make-up of black and white.

The Haberdasher is a hybrid of performance art and live music, which the group calls “Theatrical Rock.” Their eclectic musical and performance influences allow them to transcend the genre trap creating a unique, unusual and interesting art form. A storytelling device, The Haberdasher weaves tales of an immortal being whose life experiences transmute to song, enabling the group to share his wisdom of the ages. Ranging in style from ballad to pop, to metal, our multicultural influences blend to result in a n undeniably different vibe which brings something for everyone. The Haberdasher is any time, any place, anyone. All knowing, all seeing, all beings.

Detroit’s very own Christopher Bogucki/The Big Icky, will be the host and narrator of this colorful event. The Big Icky has been recognized as one of Detroit’s finest side-show performers who has been entertaining and dropping the jaws of Detroit audiences for years.

Be prepared for the unknown and come with an open heart and head to witness a hybrid of performance art rarely seen in this Detroit Metro Area. Sometimes, journeys end where they begin and begin where they end.

“New York City has the Blue Man Group, Detroit has SATORI CIRCUS.” - Chris Jaszczak
Posted up by Dirk Belligerent on 30.5.18 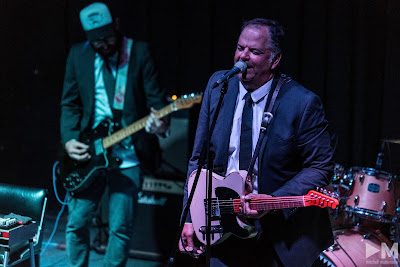 This will be the Detroit debut of the new Blankety Blanks lineup that features Matt Wilson on pedal steel, Matt Newman on bass and Brian Osborne on drums. The band just completed a spring tour through the Mid-South that included a spot on the popular “WDVX Blue Plate Special” radio show in Knoxville, TN.

Jeff German & The Blankety Blanks music can best be described as "Midwest music for the working class."  He creates an eclectic mix of musical styles - country, punk, rock, bluegrass, gospel - and melds them into a blue collar brand of Americana all his own.

The band has recorded and released four albums on the indie label Slothrop Records. His latest collaboration as an acoustic duo with pedal steel player Matthew Wilson, "12 Day Weeks," was released in the winter of 2017. His latest offerings were recently released in Europe and received high praise from overseas critics. One review stated, "Jeff seems unable to compose a bad song and with these releases does nothing but confirm it."

The night will also feature performances by:

Jeff German & the Blankety Blanks  - The band hails from Columbus, Ohio but guitarist/frontman Jeff German is a native Detroiter. He is known around these parts for his previous work fronting the rockabilly trio The Flyin' Saucers, who regularly performed in Detroit. He also fronted The Curdogs and was the sideman to Bloodshot Records artist Lydia Loveless and Americana singer Amy Black.

Mike Ward -  https://www.reverbnation.com/mikeward6 Singer-songwriter Mike Ward is a regular solo performer around the Michigan area known for his straight-forward songs and style.

For more information on Jeff German & The Blankety Blanks check out www.jgblanketyblanks.com