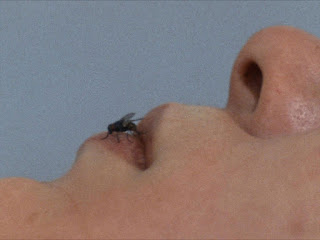 Celebrate Media City Film Festival’s Opening Night in Detroit with a screening of films by legendary artist and peace activist Yoko Ono.
The program will include selected work from the Fluxfilm catalogue, and Ono’s pioneering films 'Fly' and 'Freedom' (1971).

The evening is rounded out with a series of live performances by legendary artist and composer Malcolm Goldstein,
including a tribute to Rosa Parks along with compositions written for Goldstein by Ornette Coleman.

“[Goldstein makes] true revolutionary music whose blues and folk-inflected language remains accessible to all.” – The Wire

My feet is tired but my soul is rested (Dedicated to Rosa Parks)
Soundings for solo violin
Trinity (Composed by Ornette Coleman for Goldstein, 1985)