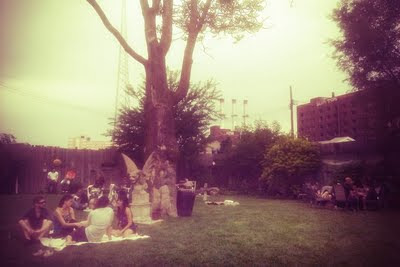 One of the best parties I went to during DEMF weekend was
a u x e t i c 's GRASS IS GREENER party at The Old Miami.

The 5th annual all-female DJ lineup - and kickstarter to the filming of the documentary "Girls Gone Vinyl" created by JENNY LAFEMME, a veteran Detroit-based DJ, and MAGGIE DERTHICK, longtime music promoter and founder of a u e x t i c promotions. The two are coming together to tell the story of female DJs and their struggles in this male-dominated industry. Having both been touched by the inspiring stories of female DJs, they decided to spread that inspiration through the medium of film. 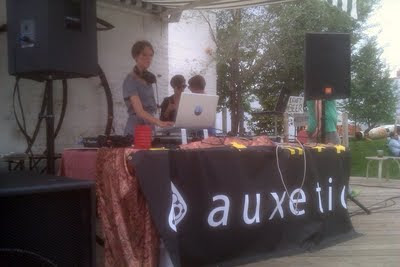 Out of 107 acts at the Detroit Electronic Music Festival this year, there were only 6 female DJs preforming. The "Girls Gone Vinyl" project commenced DEMF weekend, interviewing and filming their performances at the festival itself and numerous afterparties taking place during the weekend.
Including an in-depth interview with Anja Schneider (Mobilee Records, Germany), Deniz Kurtel (Crosstown Rebels), Camea (Clink), Dollz at Play, Kate Simko and many many more...

Girls Gone Vinyl is the world's first documentary about female DJs, their struggles and successes, what inspires them and what drives them in spite of overwhelming odds. Watch these women converge on Detroit for the largest electronic music festival in North America and hear their stories firsthand. 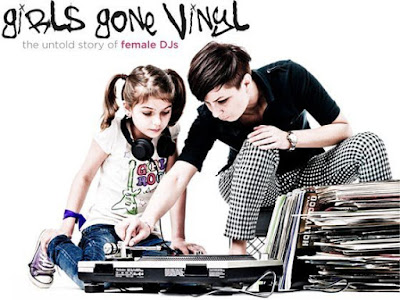 Click for more official info, and to check out the Kickstarter project page.
Posted up by RebeccaMich on 7.6.11