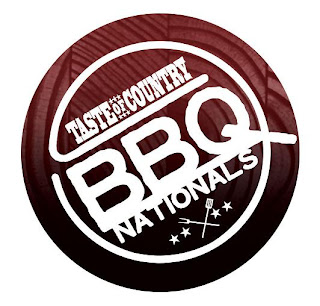 Townsquare Live Entertainment and 104.3 WOMC -  Detroit's Greatest Hits station have teamed up to bring the debut of Michigan Rocks BBQ Nationals to Heritage Park in Taylor, MI. on Saturday, July 23.

BBQ Teams from and the surrounding area will go head-to-head in a contest to determine the regional Grand Champion.  The competition will be fierce as the Pit Masters and their teams vie for cash, trophies and prizes in four categories: chicken, pork, brisket and ribs, as well as best all around.  Festival attendees will have the opportunity to sample tasty BBQ recipes from the various teams.

The musical portion of the festival includes some serious rock tribute bands playing the hits of the Beatles (BritBeat), Aerosmith (Toys in the Attic), Led Zeppelin (Led-Hed), plus local favorite, Fifty Amp Fuse and a soon to be announced Jimmy Buffett tribute band.

Tickets, set at the family friendly price of just $10 (plus applicable service charges), can be purchased in advance at www.detroitbbq.eventbrite.com.  All tickets purchased in advance will include $4 worth of food and drink tickets.   Children twelve and under get in free when accompanied by a ticketed adult.  Tickets are also available on the day of the event at the box office.  There's something for everyone at Michigan Rocks BBQ Nationals as people of all ages can enjoy everything from a Beer Garden (21 and over) to a Kids Zone, all while sampling world class BBQ food.

"We are interested in giving folks a unique experience by combining delicious BBQ with great music and fun for the whole family," according to Brian Rucker, Managing Director of Townsquare Live. "The teams are very serious about their cooking and the result is the best BBQ the region has to offer."

's premier BBQ Promoter and head competition coordinator for the event brings 20 plus years of BBQ competition experience to the table.  "Great BBQ, great entertainment, and professional-level production gives the  BBQ Nationals a fresh look at an old tradition." Arlie says.  I look forward to making this series become THE premier BBQ competition series in ."

Teams can register for the July 23rd Michigan Rocks BBQ Nationals at: https://missinginkshop.com/bbqnationals/store.

The winners will get the chance to participate in the BBQ Nationals Championship in on Oct. 22, 2011 where the first "BBQ Nationals Grand Champion" will be crowned.