Another killer contest from MCB 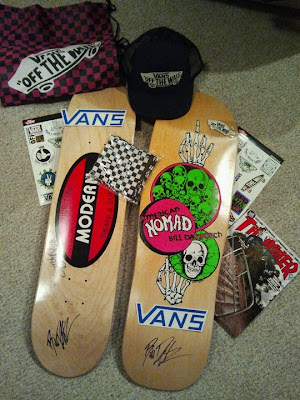 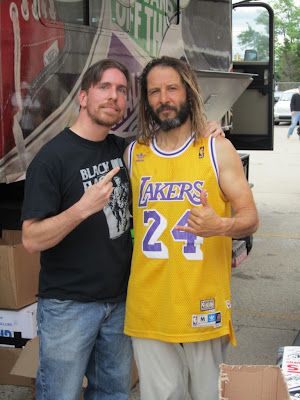 A better day couldn't have been chosen for the Vans Bus Tour to roll on into the motorcity.

Fun was had by all and superstar legends Tony Alva and Bill Danforth (with a little help from the Vans Bus Tour Staff) served up hot off the grill brauts and cool drinks to all the salivating skateheads who showed up to get free Vans swag and other cool freebies.

MCB chatted it up with many of the locals who showed up to catch a glimpse and skate a rail with the "old timers" who originated the sport back in the day. Both young and old filled the parking lot of Modern Skate in Royal Oak for a chance to smoke some curbs with two of the biggest legends of concrete jungle.

One in particular was Johnny - 49 years old and still sporting an Alva with phatass SIMS wheels no rails - who skated with Alva back in 1978 in Sterling Hts and had jaw dropping photos to prove it.

MCB hooked it up with 2 signed decks and tons of Vans swag for giveaway.

Email motorcityblog@earthlink.net for your chance to win