Win tickets for the show of the summer: 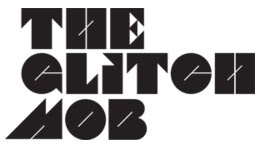 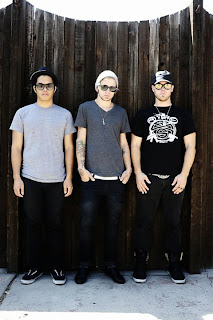 Releasing one of the year’s premier electronic-music albums, pursuing an epic tour schedule spanning 2 nationwide tours including Coachella, Lollapalooza and Ultra, plus tours of the U.K. and Australia– apparently all that wasn’t enough for The Glitch Mob. If anything, it’s just proven to be the beginning… The Los Angeles-based trio comprising Justin Boreta, Ed Ma, and Joshua Mayer continues their movement into 2011, gearing up to embark on a 35 date tour June 23rd in North Plains, Oregon at the Re:Generation Festival. There they will perform alongside acts such as Phantogram and Com Truise who join the tour on select dates. The tour ends with a triumphant return for the Mob at this summer's Lollapalooza.
Other highlights include Sasquatch Festival, NYC's Terminal 5 and Red Rocks.

This tour will be one of the group’s most involved tours ever, debuting some of their most innovative new music yet. It’s all a triumphant extension of the excitement that followed upon last year’s release of Drink The Sea, the Mob’s debut artist album, which rose to unexpected heights amidst already heightened expectations, with fans following as the band pushed into uncharted boundaries, yet still emerging victorious.

email motorcityblog@earthlink.net
for your chance to win a pair of tickets 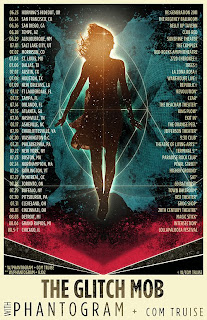