Recap: Yeasayer at The Majestic Theater

Yeasayer performed at The Majestic Theater on Monday, June 6th, 2011. 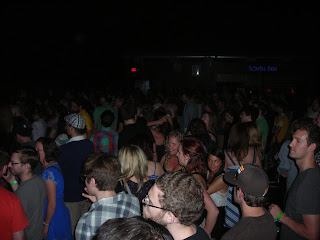 There was a great turn-out for the Yeasayer show. If I had to guess, I'd say that the Majestic Theater was at roughly 90% capacity. I base this on no actual data whatsoever. Before the band came onstage, the song "Goodbye Horses" by Q. Lazarus was played over the sound system. You might not remember the name, but you'd remember it the second you heard it. Gladly, the band then came on stage without any hint of the creepiness associated with the song. 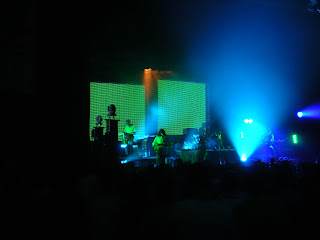 The first song they did was Madder Red, and the crowd went crazy for it. It was a good song to use to make a strong start. I have to say that I liked the 2 large LED screens at the back of the stage and the rest of the whole light show. I know we're supposed to just appreciate a show by only its audio content, but I guess I'm just easily impressed by a good light show. 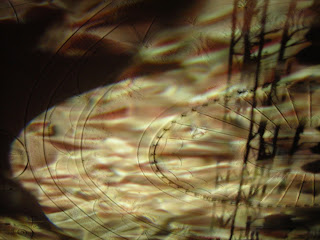 The lights hitting what's left of the molded plaster ceiling had a ghostly effect. 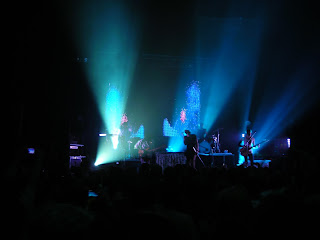 The official set ended with the song Ambling Amp, which I believe is their most well received song to date. During the song the lead singer Chris Keating picked up an iphone left at the front of the stage by one of the fans and played with it while still singing. Too bad he didn't call anyone. After the band left the stage, the crowd gave one of the loudest, most unanimous calls for an encore that I've ever seen. The band came back out and played 3 more songs. While the 3 weren't any of their most acclaimed songs, the audience didn't complain. 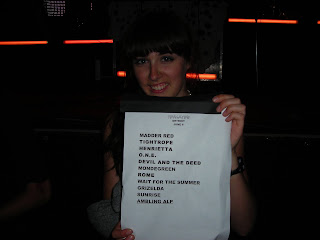 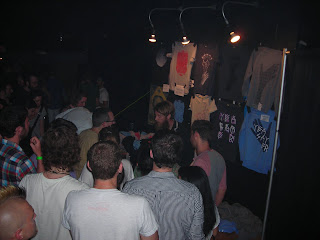 I'm a dork, I live in the Detroit area, and sometimes I take blurry photos on an outdated camera
Posted up by Detroit Area Dork on 9.6.11