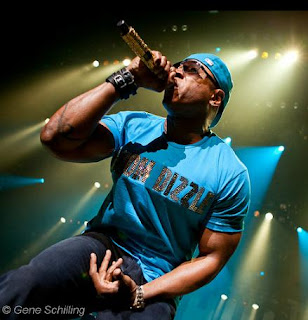 The first time I saw LL was back in the day at the ROMT....he rolled up on stage with a massive boombox backdrop and stole the show from Run DMC who were later booed off stage for lip syncing a bunch of songs during the set....