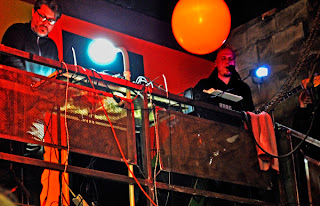 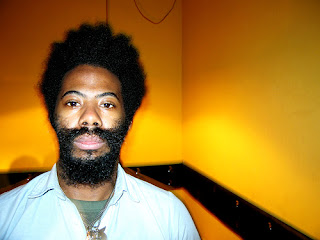 This weekend at MOCAD

This panel discussion seeks to provide context both to MOCAD's music programming for the evening of July 1st with Hunting Lodge, Lichens and Michael Dec, as well as a broader understanding of the history and context of the music that today's culture has deemed "noise." From Luigi Russolo and the Futurists to John Cage, Anthony Braxton and Lou Reed, and from Les Rallizes Dénudés and the Boredoms to Animal Collective and Wolf Eyes, the history of "music" presented as sound and art has been long and well documented. To a large group of forward thinking artisans the terms music, noise and art are non-exclusive. This discussion will be include artist and musician Davin Brainard from the long running performance art/noise music group Princess Dragon Mom and the art collective/record label TIME STEREO; Cary Loren of highly influential Michigan-based proto-noise band Destroy All Monsters; artist Alivia Zivich who runs the influential noise label AA records and performs as part of the noise ensemble Demons; artist and musician Chip Flynn of the robotic art collective Apetechnology; and Detroit promoter and DJ Greg Baise. This loose conversation and information session will be led Detroit artist and MOCAD Public Program Coordinator Ben Hernandez whose venue Detroit Art Space acted as a hub for the Detroit "noise scene" from 2003-2005. There will be a live presentation of a Luigi Russolo noise machine created and installed Apetechnology. This should be an illuminating discussion for the uninitiated and the curious.


HUNTING LODGE was formed in Port Huron, Michigan 1981 by Lon C. Diehl and Richard Skott as a platform to experiment with harsh, dark electronic-based music.  Diehl had played synth/bass with "industrial post-punk" band HATE/GREY and Skott was self-releasing amp-noise experimentations under the name Screw Machine.  The two bonded over their interest in the music of Throbbing Gristle, Dome and SPK, as well as the plethora of post-punk musical experimenters of the time. They began putting out cassette-only releases as HUNTING LODGE on their label S/M OPERATIONS in 1982, including the debut LP WILL in 1983. By the time of their next LP, Nomad Souls (1984 – S/M OPERATIONS in the U.S. and SPK member Graeme Revell's label SIDE EFFEKTS in the U.K.), the bands' earlier experiments with pure noise were now being combined with strong rhythms, using synched digital delays/early samplers and tribal drums. Following a U.S. tour in 1984, Skott moved to San Francisco while Diehl finished up the recording of "Tribal Warning Shot" 12-inch, which became a minor club hit, particularly in Germany. Their final album, 8-Ball was released in 1986 and would see them pushing further into traditional song structure. Eventually, Diehl lost interest in making music and liquidated all of his equipment. Skott went on to form a solo drum machine and guitar based project. He soon moved to L.A., where he remains, still spending some time touring and producing music.

Chip Flynn of Apetechnology met HUNTING LODGE when he was 14 years old. A young genius obsessed with robots and noise, he became the "4th HUNTING LODGE member," in the end providing machines for stage use during their final shows before Flynn also moved to San Francisco, where he worked for a time with legendary robot art collective Survival Research Laboratories. Having moved back to Detroit to purchase and renovate a warehouse to accommodate his continually expanding art activities, Flynn asked Diehl and Skott of HUNTING LODGE to provide the soundtrack for a robotic Apetechnology show at his Destroy Compound in March of 2011. The show, a total improvisation, marked the first time the group shared a stage in over 20 years.

MOCAD is very proud and excited to present this rare opportunity for HUNTING LODGE/APETECHNOLOGY to allow the machines to have their voice be heard.