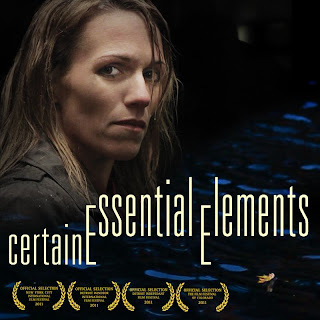 The 4th Annual Detroit Windsor International Film Festival (DWIFF) is June 22nd - June 26th, with screenings around downtown Detroit and Windsor. This year the festival expands to include the Moving Media Student Festival and

the Detroit Docs film festival. The DWIFF is quickly becoming one of the areas most respected film festivals."Certain Essential Elements" (22 min) will screen on Saturday, June 25th.

Written and directed by Jeffery T. Schultz, "Certain Essential Elements" is a romantic drama that cleverly intersectsthe evening of two couples that find themselves at a crossroad in their lives and relationships. As Janna meets

Clay in a cold diner to reveal some 'exciting news', Don and Lisa meet in the apartment above to end their love affair. They all discover how little they actually know each other and confront the elements missing in their lives.

and Schultz Studioz, with the additional location of Mama Vicki's Coney Island in Port Huron.

Schultz studied fine art photography at the College for Creative Studies and film at Emily Carr College of Art and Design in Vancouver B.C. Canada. In 2002, Jeffery won a Bronze Telly Award as director of photography for the

short film "The Brink". In 2005, he won a Public Benefit Corporation Grant for post production work for "In a HeartBEAT: the Story of Mosaic Youth Theatre" which went on to win a Michigan Emmy for best Cultural

Documentary under the name "And They Flew" in 2006. Most recently, Schultz won 2011 Outstanding Music Video Independent Budget at the Detroit Music Awards for directing THE MUGGS "Slow Curve" music video.

With his focus on films, in 2007 Schultz started the Michigan based production company KNAGEN FILMS with fellow artist/producer and College for Creative Studies graduate Jennifer Atanasovski. Jeffery and his wife live in

Midtown Detroit where they refurbished a home in the historic neighborhood of Woodbridge where they both work and reside. Currently, Schultz is working on several projects with local writers and producers, including a feature

For more information on DWIFF events and show times go to www.dwiff.org .