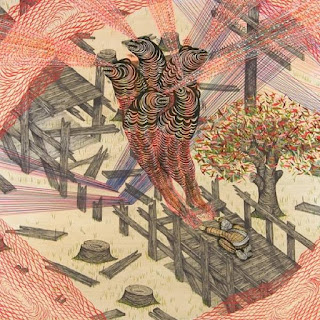 Rogue Wave
w/Caveman
June 26th, at the Majestic Theater
$15, doors at 8
Rogue Wave is out on their first tour in three years in support of their new LP Nightingale Floors (released June 4th via Vagrant Records).

Nightingale Floors is the band's fifth studio album. It's full of the melodic indie-pop that Rogue Wave does best, and this time sees the band exploring meditations on live and death – largely influenced by the loss of frontman Zach Schwartz's father during the writing of the LP. May sound heavy, but it's not: Zach used the experience to more deeply appreciate life, and Rogue Wave is sounding more confident than ever.
Posted up by Detroit Area Dork on 15.6.13