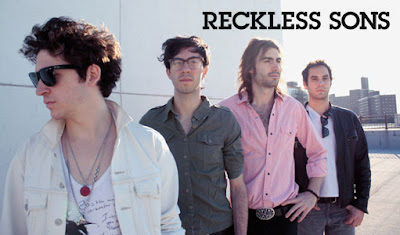 With a lyrical penance to Replacements mastermind Paul Westerberg, and a guitar-led scrum that harkens back to the days of the Dolls, this downtown quartet has been packing clubs in New York’s Lower East Side for close to two years now. But you can even ask NYC’s bums, that’s what happens when the music is perfectly sloppy, and dangerously unhinged.

So, as the story goes, on the strength of their self-released, dirty dusty Texas-produced Don’t You Dare EP, and one hell of a live show, the Reckless Sons stopped the Gotham rock scene dead in its tracks, forcing an entire city to take notice of their garage-y nuggets and punch-drunk rock n roll. Next thing you know? London calling, as the Sons embarked on a month-long tour of Britain, which culminated in a main-stage appearance at Brighton’s Beachdown festival. Produced in deep Brooklyn by Ben Rice (The Mooney Suzuki and Change The Station), their latest Everybody Knows EP is scheduled for a May bow. With all that said, Reckless Sons are gearing up for their busiest year yet, which kicks off in style at the old CBGB’s space in Manhattan – what fashionistas likely know as the John Varvatos Store – on March 5th.
MP3: "Hate to Love You Again"
Video: "Blood" 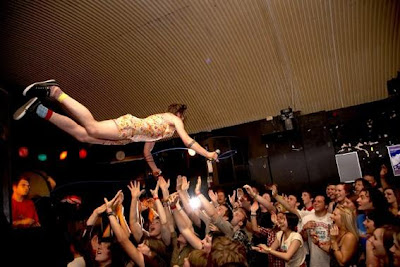 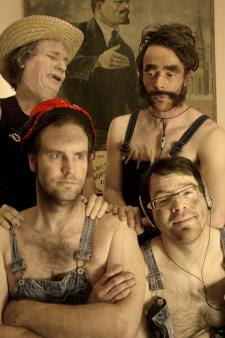 Download "Starlight"
Don’t miss your chance to see them live while on tour:
3/11/09 CD Release Party @ The Hideout Chicago, IL
3/13/09 Basement 414 Lansing, MI
3/14/09 Old Miami Detroit, MI
3/15/09 Glasslands Brooklyn, NY
3/17/09 Mohawk Buffalo, NY
3/18/09 The Pour Haus Louisville, KY
3/20/09 Valley of the Vapors Festival Hot Springs, AR
3/21/09 The Cinemat Bloomington, IN
Crafting an assault of absurd lyrical undertones, The Bitter Tears started as a country and western band but broadened out into other genres, blending different kinds of pop (country, folk, rock, brass band) while flying by the seat of their pants with whatever direction a song happened to be moving. Scalpone elaborates, “Our major initial influence was Kurt Weill. Weill bastardized many genres, wrote his own orchestral arrangements, and with Bertolt Brecht's lyrics, created a wild combination of darkness, raunchy comedy and acerbic social satire. It’s great ‘cause it’s not some intellectual thing; it comes from the guts. Your liver knows when you've written a good song.”
Taken hold by Alan Scalpone (vocals, guitar, brass, woodwinds), Michael McGinley (vocals, bass, brass, strings), John Leonard (piano) and Greg Norman (vocals, guitar, trombone), The Bitter Tears will release their second album, Jam Tarts in the Jakehouse, through Carrot Top Records on March 3, 2009 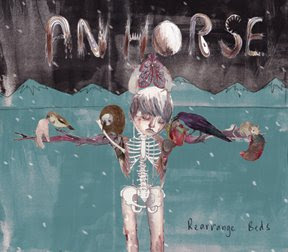 In their recent three-and-a-half starred rave, Rolling Stone hailed An Horse's Rearrange Beds as a “killer breakup album,” praising its “fuzzed-out riffs, hummable hooks and snarling beats” for “(recalling) the best of Nineties alt-rock.”
“Their neurotic songs wallop like a small-scale Nirvana,” declared Marie Claire, while Spin commended the “clever and efficient” duo for “(churning) up a poignant fervor.”
An Horse also recently joined forces with Death Cab For Cutie for a series of Australian tour dates after Death Cab frontman Ben Gibbard proclaimed “they’d only come to Australia if they could play with An Horse."
DOWNLOAD
"Postcards" MP3
WATCH & SHARE:
Sara Quin from Tegan and Sara Interviews An Horse

You can download Inward Eye’s “Shame” mp3, stream the band’s new music video, and enter to win the FREE Guitar Hero Full Band Kit here: http://www.inwardeye.com/download/
Drawing on influences from The Jam, The Clash to their new pals and tour mates Townshend & Daltrey and hailed by critics as "the next big thing", the Brothers Erickson -- Dave (vocals/bass), Kyle (guitar/vocals), and Anders (drums) -- have delivered a highly anticipated, self-titled EP to satiate their rabid and ever-increasing fan base.

Recorded at acclaimed producer Arnold Lanni's studio in Temecula, California the boys took the lessons learned from logging ungodly long trips in their van, criss-crossing the continent on tour, and put them to the test in the studio. The results of their labors are powerful anthems that crackle with bratty energy and recall the swinging riffs, shouted chants, and raw-nerve rock of their favorite bands. Already drawing raves, respected Canadian music mag CHARTattack gave the mini-platter a 4-star review saying: “There are traces of Sweet, Teenage Head and Led Zeppelin along with Keith Moon-like drumming on this catchy-yet-muscular rock record.”

Inward Eye will be touring incessantly in between finishing their debut full-length that is expected to drop later this year. The band will segue from New York City with more raw gigs en route to SXSW, and have already been confirmed for a slew of Warped Tour 2009 dates. Stay tuned… 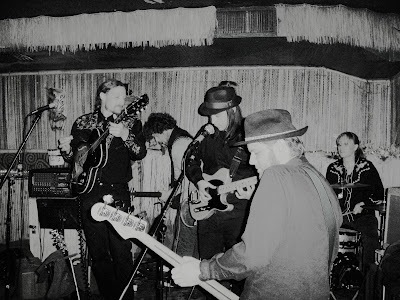 Download "Because the Thorn"
Detroit's DUENDE! have just returned from New York where they recorded twelve songs with Matt Verta-Ray of Heavy Trash behind the boards in the"mutated nucleus of the analog cave" that is N.Y.HED for that "way-outsound".
The band will be releasing the sessions on vinyl, CD and download thissummer on Detroit local/collective Loco Gnosis. DUENDE! performed this past saturday March 7th at Paychecks for the 12th Annual Hamtramck BLOWOUT -the Nations largest local music festival and blew the doors of the hinges!
On March 14th they will join Canja Rave from Brazil for an in-store appearance at Rama Lama Records in Toledo,Ohio and play at Grumpy Dave's Pub in Bowling Green,Ohio that same night.
On March 15th Canja Rave begin their Detroit round up by going into Jim Diamond's Ghetto Recorders with DUENDE! for the day and follow it up witha performance at PJ's Lager House on monday March 16th with former Compulsive Gambler and current Fat Possum collaborator Dale Beavers before heading off to SXSW. 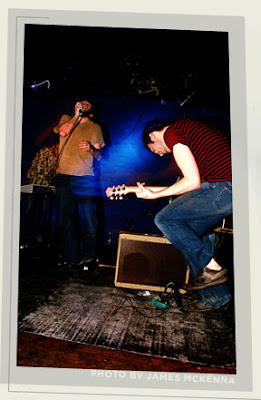 "Hey you MOTORCITYBLOGgers!" was the shout out we got
from the guys in Coltrane Motion the other day:
Download "The Year Without a Summer"
Download "Maya Blue"
"We wanted to give you first crack at some new stuff we're doing, and let you know about the tour we're about to head out on as well - we're not hitting Detroit this time, but if you'll be around and would like a guest list spot on any of those other dates, just let me know..
Anyway, we've got a new single coming out called "The Year Without A Summer", b/w "Maya Blue" - Datawaslost is releasing it as a 7" on colored vinyl,
and 75orLess Records is doing it as a short-run
screenprinted cd with bonus remixes.
That's the basic gist of things - let me know if you want to chat about it, or need any more details, or want a piece of the actual vinyl when it's ready..
Here's some links to post up on MCB
Also get our full-length,
'Songs About Music'
Hope you like it, and thanks for listening!"
Website : http://www.coltranemotion.com/
Myspace : http://www.myspace.com/motion
New 7" : http://www.datawaslost.net/disco/050
Coltrane Motion Spring 2009 Tour
--
Thu 03/05 @ The Whistler - Chicago, IL
Fri 03/06 @ The Pour Haus - Louisville, KY
Sat 03/07 @ The Crystal Castle - Athens, OH
Sun 03/08 @ B-Side Liquor Lounge - Cleveland, OH
Mon 03/09 @ Galaxy Hut - Arlington, VA
Tue 03/10 @ The Fire - Philadelphia, PA
Wed 03/11 @ Public Assembly - Brooklyn, NY
Thu 03/12 @ Club Cafe - Pittsburgh, PA
Fri 03/13 @ The Trolley Stop - Dayton, OH
Sat 03/14 @ Northside Tavern - Cincinnati, OH
Sun 03/15 @ Mike 'N Molly's - Champaign, IL
Sat 03/21 @ Hexagon Bar - Minneapolis, MN
Posted up by DIETROIT on 8.3.09