Freedom Hill Amphitheater in Sterling Heights kicked off their summer season with The Missing Link Tour featuring Graveyard, Mastodon, and Clutch this past Saturday (May 23, 2015) and Motorcityblog was there to interview Clutch's vocalist Neil Fallon and catch the bands set.

First off is our exclusive pre-show interview with Neil Fallon which can be viewed below...


You could not have asked for a better day to see a outdoor concert due to the weather being stellar. Perfect T-shirt weather and the fans came out in droves representing their favorites. If they didn't have a T-shirt when they arrived, they most likely walked away with one because the merchandise booth had a huge line the entire night. 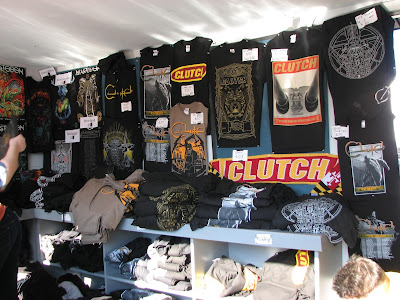 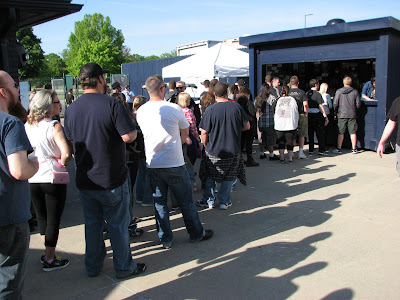 The Freedom Hill Amphitheater is my new favorite local venue. The place looked fantastic and is a mini version of DTE Music Theater, which means a smaller lawn and not a bad seat in the house. The pavilion is fully covered and they even have a general admission pit in front of the seated area. The staff was very accommodating and this fact was even proven more when I saw a gentleman drop his beer and they called him over to give him another one for free. They have a wide selection of beverages and food  including a margarita bar and healthy food options like salads and even hummus.

The venue was pretty packed by the time Clutch hit the stage and everyone stayed till the end to witness the onslaught of a live Clutch live performance. This particular evening was the second to last date of the Missing Link Tour. Lesser bands could of easily called it in from the wear of the road after 25+ shows, but not Clutch. Seasoned vets that they are, the band came out rocking right off the bat with "The House That Peterbilt" and never let up the entire evening. 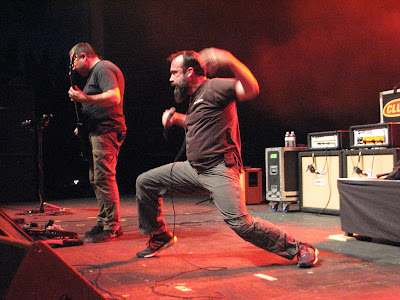 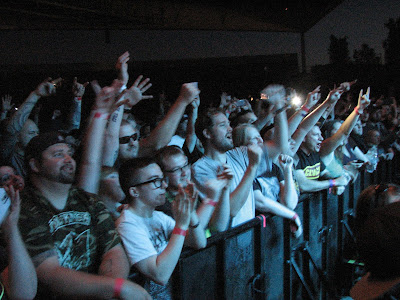 Clutch bass player Dan Maines had to leave the tour the night before to get home to his wife who is having a baby, so Brad Davis from the band Fu Manchu stepped in. He learned a lot of the recorded material and did a great job. No new songs from the forthcoming Clutch album "Psychic Warfare" were performed this particular evening because the band didn't want to overwhelm Brad Davis with material that the band themselves are still learning to play live. But with a catalog of over 100 songs the band had no problem coming up with a 17 song set list. Nothing was played live from the first album, but fans of their second LP self titled "Clutch" were treated to "Escape From the Prison Planet" and "Spacegrass" on top of the opening song. Neil brought up the fact that the album is 20 years old this month. Having seen the songs played live myself 20 years ago, I can say with confidence that the songs sound just as fresh today as they did back then. 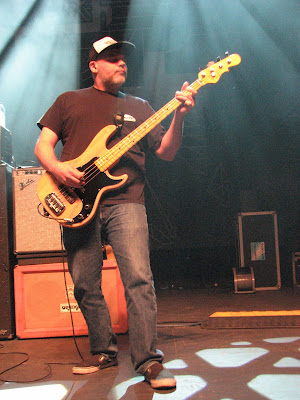 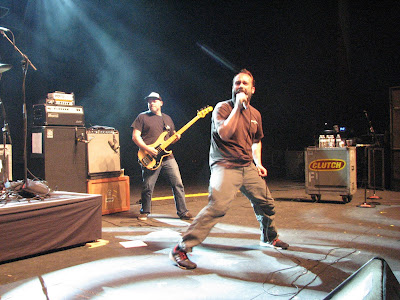 Tracks from Clutch's vast discography were performed with a great intensity. Neil's voice was spot on and completely owned up to his distinct rock vocalist title. Drummer Jean Paul-Gaster made drumming look easy, but was laying down very impressive beats that only a technically gifted drummer could perform. I would often just stare at him during songs and smile at the ease he played. Guitarist Tim Sult was in his standard stage demeanor of looking down and playing his guitar. He may look shy playing, but his fingers are surely not. Tim deals the high-volume riffs that has made Clutch the band that they are today. Singer Neil Fallon picked up the guitar for some songs as well, including "The Regulator" and "Electric Worry". Both these songs had a swagger that had people swaying and dancing just as much as the other songs had the crowd head banging. 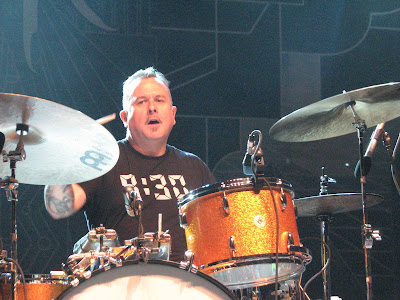 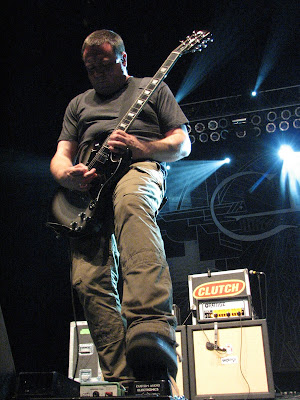 The band played several songs off their last release "Earth Rocker" from 2013 as well. They performed the title track "Earth Rocker", as well as "The Face","Crucial Velocity", "The Wolf Man Kindly Requests…", and "D.C. Sound Attack!". For "D.C. Sound Attack" Neil played the cowbell and the band also brought out Brent Hinds of Mastodon to play slide guitar. The band is not afraid to evolve and take chances musically and the fans respect that. I've seen many a live Clutch shows since the first time back in 1993 and the band has consistently delivered at every show. 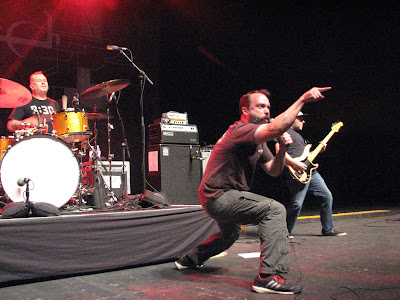 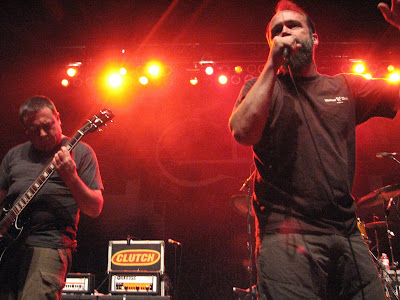 Clutch currently has a bunch of Europe/UK tour dates on the schedule, but they also have select North American festival dates booked as well.
Clutch will be releasing their new album "Psychic Warfare" on their own Weathermaker Music label in September and should be around the Detroit area around that time to support it. 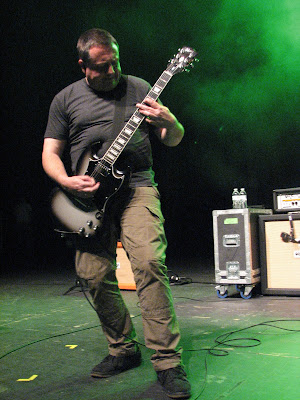 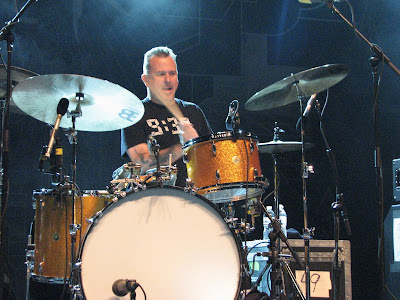 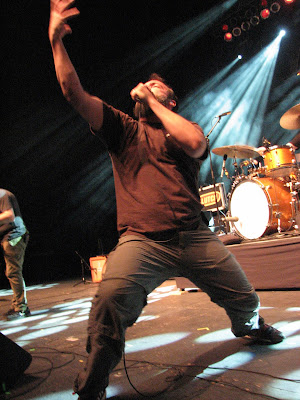 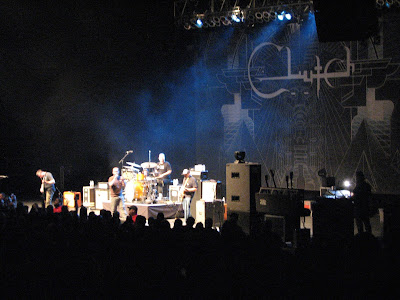 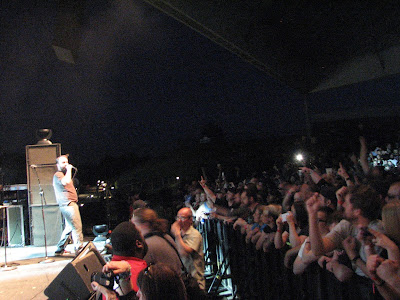 Photos and review: Casey
Interview conducted by: Bree and Casey
Posted up by Casey on 27.5.15