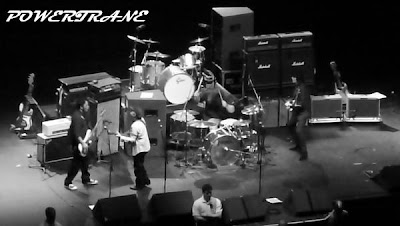 You can catch POWERTRANE live on WHFR 89.3FM for the Live Drive today!!!!
They will be playing some songs and doing a interview
Show runs 5pm-6pm

Scott Morgan first played to 13,000 screaming fans when he was only 16 years old. Now old enough to know better but too deep in rock and soul to care, Morgan is one of the longest hardest-working men in Detroit rock'n'roll.

Morgan worked with all the heavyhitters of the time including Iggy Pop, Bob Seger and Jeep Holland. After rising to regional stardom while still a student at Ann Arbor Pioneer High School with The Rationals, Morgan kicked around in bands like Guardian Angel and Lightning before teaming up with MC5 guitarist Fred "Sonic" Smith, Stooges drummer Scott Asheton and Up bassist Gary Rasmussen to form the legendary Detroit supergroup, Sonic's Rendezvous Band.

Today, Morgan is the frontman of Powertrane. The soulful singing, moves and blue eyes are all still there; come out for this show with one of Detroit's living legends. Los Vikings del Muerto is another project of Universal Temple of Divine Power's Elliott Moses. For the undereducated of you the name is Spanish for "Vikings of the Dead." They are a group who knows their way around a guitar and a case of beer with equal ease—loud, hard and fast music punctuates their straightforward hard rocking sound.
Posted up by DIETROIT on 18.9.08