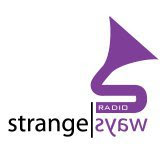 Sunday, July 26 was a much anticipated evening for the discerning music fan in Detroit. As of 9PM, there was once again a TRUE Alternative radio station to listen to.

Over the years, the term ‘Alternative’ has become grossly misused. When did we go from The Smiths and Cocteau Twins to Green Day and Nickelback? Sadly, FM Radio these days does not really afford an option to the music geeks that grew up with the true cutting edge bands of the 80s and 90s and continue to seek out the hottest new arrivals on the scene. Enter Strangeways Radio.

Strangeways Radio, a high bitrate Internet stream based out of Detroit, is ‘Taking Alternative Back’. Listeners can expect to hear a great mix of Classics and brand new releases in the genres of Dreampop, Britpop, Triphop, Shoegaze, Indie and Electronica. However, it’s not the great music alone that makes Strangeways Radio standout; it’s the sense of community.

Many fans of this type of music have bemoaned the fact their friends don’t listen to the same music as them, and they don’t get an opportunity to hang out, go to shows or just shoot the breeze with folks that are as passionate about the music near and dear to their hearts. Strangeways Radio owner, Michael Foster, has taken aim at this concept by bringing together some of his favorite local DJs to be not only heard but seen.

First, a little history behind the origins of Strangeways:

In the late 90’s, Darren Revell hosted Big Sonic Heaven on 96.3 WDVD, and it was a revelation. This was something unprecedented in Detroit. A show that not only embodied an avenue for people to hear their long lost under-appreciated classics and hear some incredible new ‘must have’ tracks, but it created a scene with nights like Sugar Hiccup and Big Sonic Sunday.

When Darren left town and took Big Sonic Heaven with him, Detroit was left with a gaping void. At that time, Strangeways owner Michael Foster (aka Mikeylove) and Scott Zumberg (Zumby) were running a fledgling website called Auralgasms, dedicated to the promotion of under-appreciated bands. Zumby and Mikeylove were approached by former FM Program Director, Rob Walker who wanted a BSH-like show for his new Internet Radio station, Q101. Sonic Bliss was born, airing Sunday nights from 10PM-Midnight. Zumby and Mikeylove instituted a chatroom where music fans could congregate to share their thoughts on the music. The show had a small but loyal following, when Rob returned to FM radio with Ann Arbor’s 107.1 and took the Sonic Bliss show with him.

Not be deterred, Mikey and Zumby launched Auralgasms Radio, a 24/7 streaming station, anchored by their Sunday night show, Aural Bliss. Aural Bliss became a Sunday night institution for music fans not only in Detroit, but all over the world. New friendships were made every week, not only electronically but in person! They found lots of like minded-folks to attend shows with, or just talk and swap music. It was also an opportunity for us all to meet some of our favorite artists both local (Au Revoir Borealis, Ether Aura, Ethos) and international with Chatroom visits from the likes of Robin Guthrie (Cocteau Twins) or Dean Garcia and Toni Halliday (Curve) to name just a few.

After a 6 year run, Auralgasms Radio folded up shop on Dec 31, 2009. Once again the good folks in Detroit were left with a gaping hole to fill. Over the ensuing 6 months, Mikey noticed a couple of great music nights around town and how they supported each other. David DeRoches (D-Man formerly of 89X) hosts an amazingly eclectic night called WOW Wednesdays at Gracies Underground in Ferndale. Mikey found himself not only meeting some great people there, but leaving with a laundry list of new music to find. Another great night is Happy Endings, occurring the last Friday of every month at The Berkley Front. Happy Endings is hosted by DJs Mike Tee, Slofu and UdenJoe. The DJs from each night could often be found at each other’s events and they all worked to cross promote each other. This got Mikey’s notion of Community flowing again.

The station was launched on Sunday, July 26 with an impressive turnout both in listenership and in chatroom participation. Strangeways has also quickly built a fun and friendly camaraderie on their Facebook fan page and the Strangeways Radio message boards.

This Monday night, they will be launching the first two of their many planned hosted shows. Zumby’s show, Sound and Vision will air Monday nights at 9PM and will feature Sonic Visionaries and Vocal Pioneers in the realm of Shoegaze, Dreampop, Britpop, Triphop and Electronica; with a lean toward new releases but peppered with doses of classics. Mikeylove follows at 10PM with Halcyon Waves, a one hour journey featuring a mix of alternative classics, rare gems, and new cutting edge tracks each week.

If you are feeling that Radio offers no option for you to hear the music you seek, or you are looking to connect with new friends that feel the same way, repeat these words….Strangeways Here We Come.