Upcoming: "A Bun A Day" Solo Exhibition by Heather Hansma - 8/13 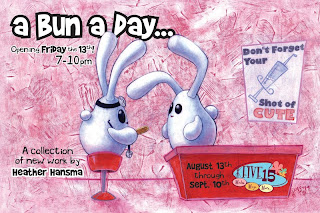 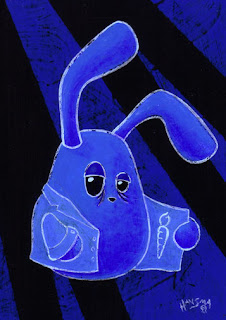 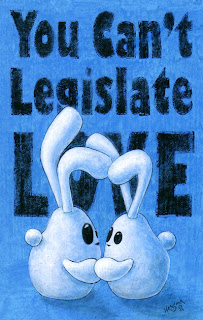 "A Bun A Day" Solo Exhibition by Heather Hansma

For the second year in a row Five15 will be hosting a solo exhibition from Metro Detroit lowbrow artist Heather Hansma. Last October she presented her collection "Bunderland." This year's show will also be centered around her "Puff Bun" characters, a sort of egg-shaped rabbit creature with minimal features. The show's title, "A Bun A Day," is a takeoff on the proverb "an apple a day keeps the doctor away."

The Puff Buns are generally participating in some form or pop culture parody, and this show is no different.

Painted, buntastic depictions of old-school PC game SkiFree, Paczki Day in Detroit, and even Yeshua of Nazareth are all par for the course.

Five15 Media Mojo and More is an independent coffee and gift shop that prides itself on featuring counterculture art, products, and events.