CD Giveaway for the Sweetback Sisters 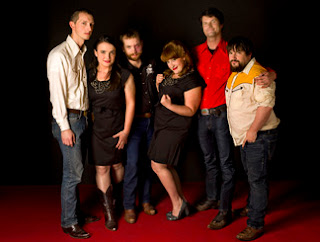 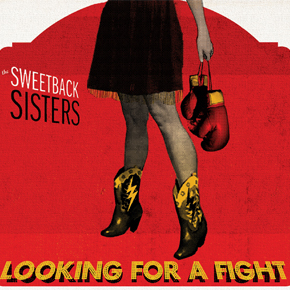 In honor of their new album, Looking for a Fight, we're going to give a copy of that album in CD format.
Send an email to motorcityblog@earthlink.net to enter
The Sweetback Sisters are a honky-tonk band from Brooklyn. Like their pseudo-sister role models, the Davis Sisters, the Sweetback Sisters sing country songs in close, surrogate-sister harmony and matching dresses. Their repertoire combines country music from before they were born and new interpretations of those traditions to create a fresh take on what it means to be country. Their debut EP "Bang!" was released in early 2007 and earned them a spot on the "Prairie Home Companion" talent contest for 20-somethings, and they recently released their second full-length album, "Looking for a Fight." Their charismatic charm harkens back to the golden era of both the silver screen cowgirl and the ersatz cowboy stars of local UHF TV kiddie shows. That whimsical exterior is wrapped around a core of deeply felt love for traditional country music styles and a palpable joy in playing and singing together. In the words of the All Music Guide, "The Sweetback Sisters achieve the difficult task of approaching their frankly old-fashioned music with an enthusiasm that is not devoid of humor, yet never descends into parody."