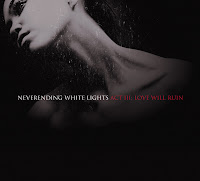 Juno-nominated Daniel Victor - also known as Neverending White Lights- is back at it on November 8 with the releaseof a new album entitled Act III: Love Will Ruin
Having spent the last four years crafting the album and carefully choosing from a long list of songs, Victor will celebrate the release with two special shows at The Drake Hotel in Toronto on November 21& 22.