World-renowned illustrator Yuko Shimizu will be coming to CCS to lecture this Wednesday at 6:00PM.  She also designed a Detroit-centric poster for her visit.  Her illustration was made into printing plates and printed an initial edition of 115 posters. 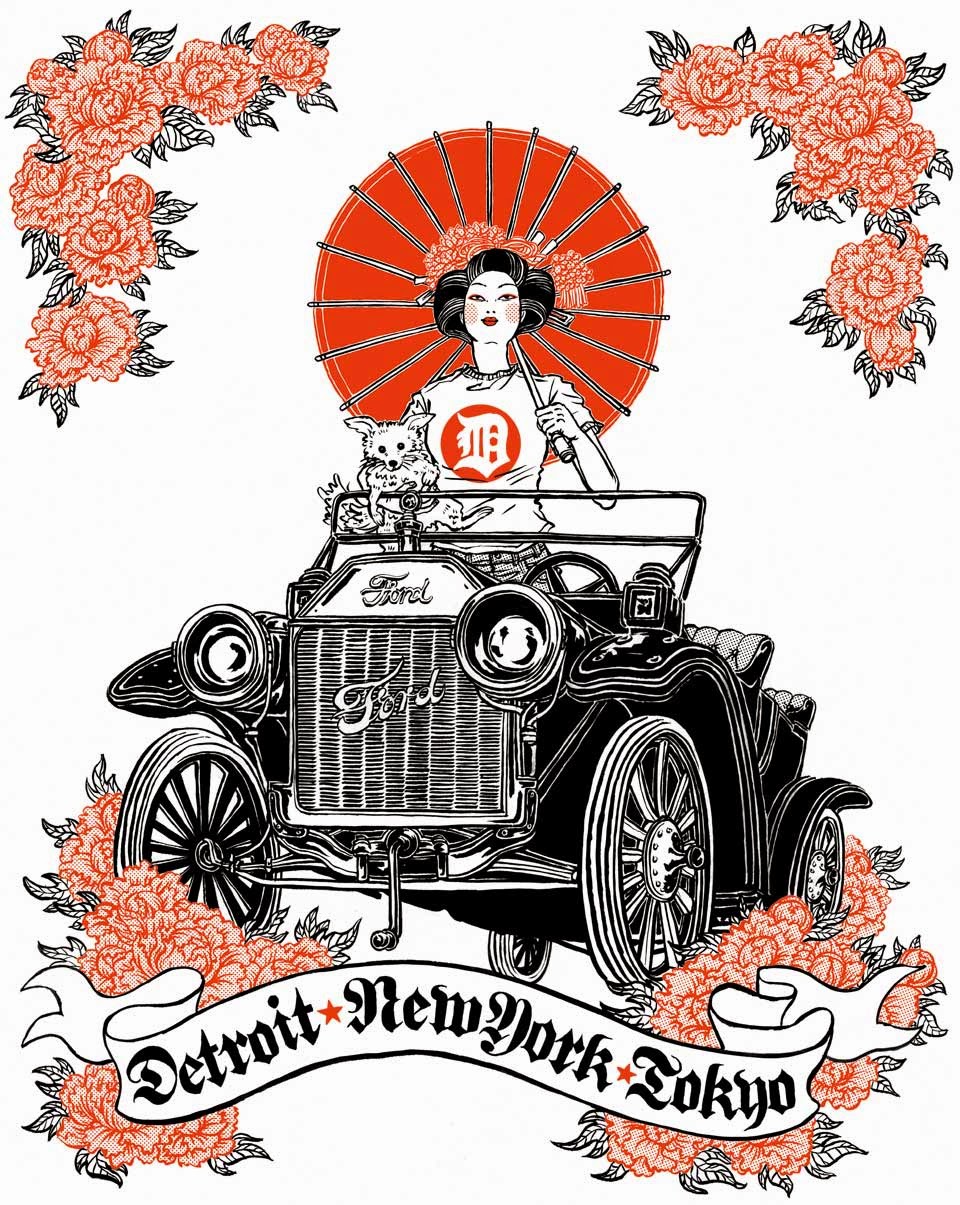 YUKO SHIMIZU (清水裕子) is a Japanese illustrator based in New York City and instructor at School of Visual Arts.  Newsweek Japan has chosen Yuko as one of “100 Japanese People The World Respects（世界が尊敬する日本人100)” in 2009. Her first self-titled monograph was released world-wide from German publisher Gestalten in 2011. The first childrens book Barbed Wire Baseball (written by Marissa Moss) came out from Abrams in April, 2013.

You may have seen her work on The Gap T-shirts, Pepsi cans,  VISA billboards, Microsoft and Target ads, as well as on the book covers of Penguin, Scholastic, DC Comics, and on the pages of NY Times, Time, Rolling Stone, New Yorker and  in many other publications over last ten years.
Posted up by RebeccaMich on 7.4.14