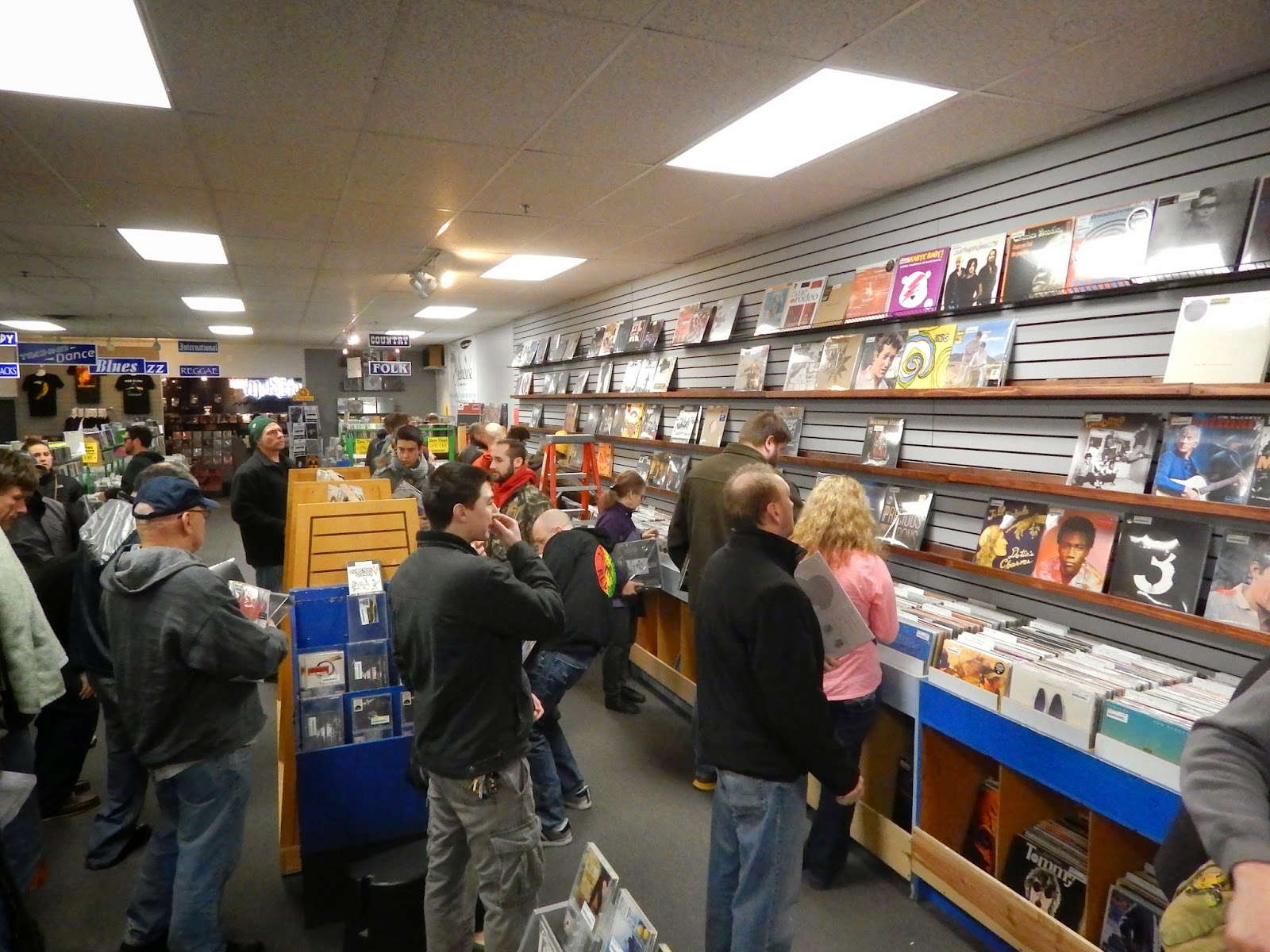 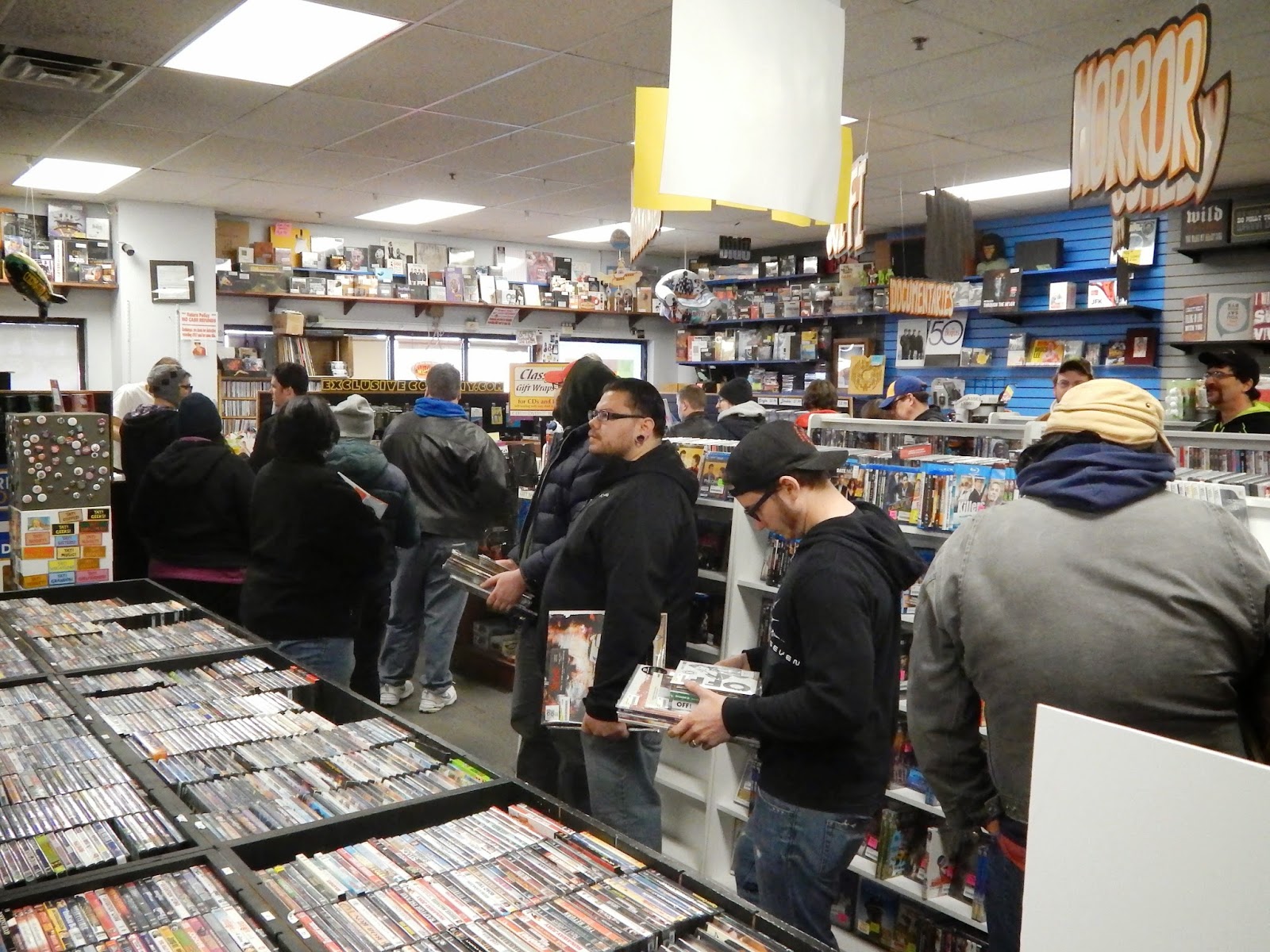 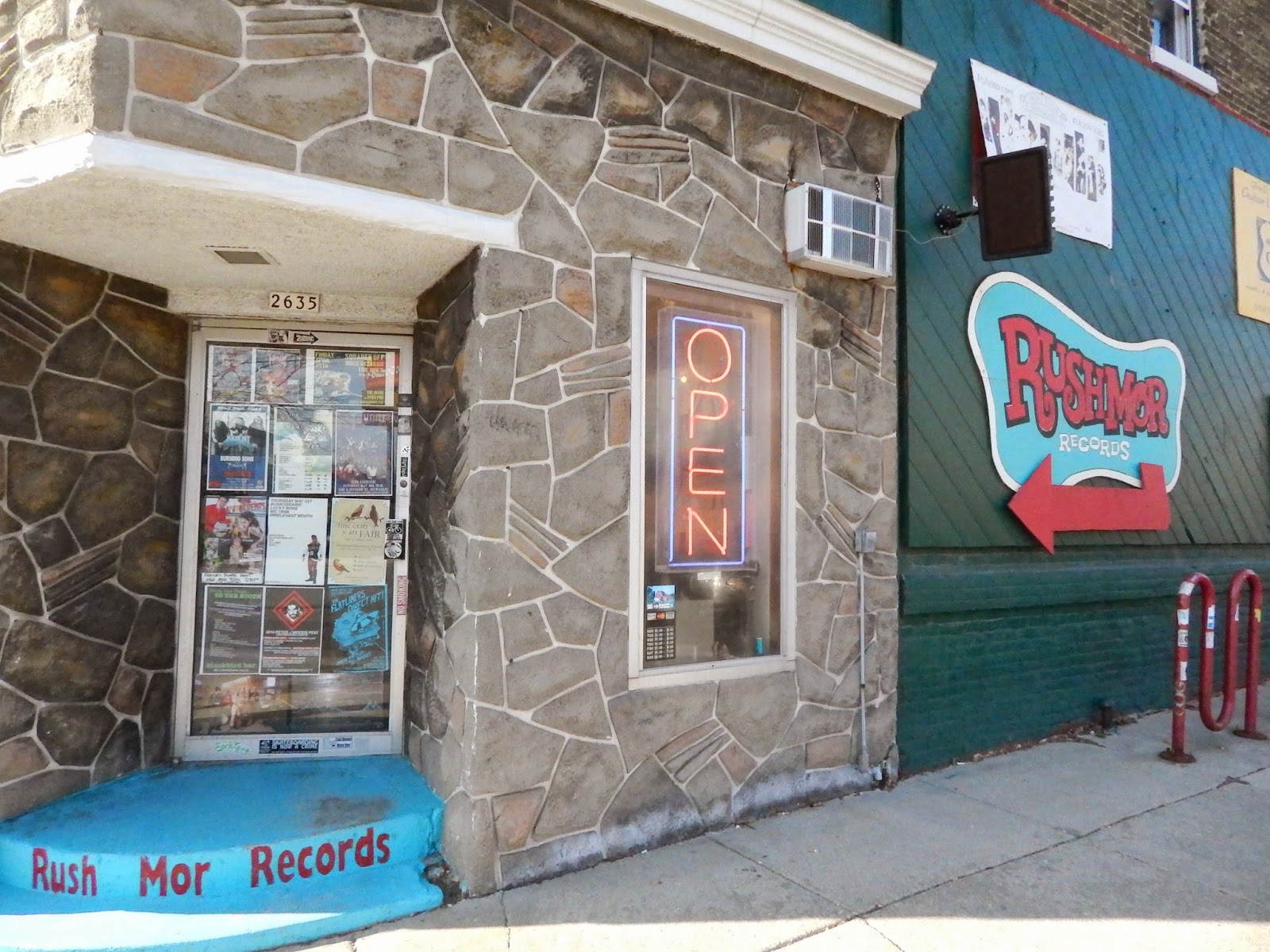 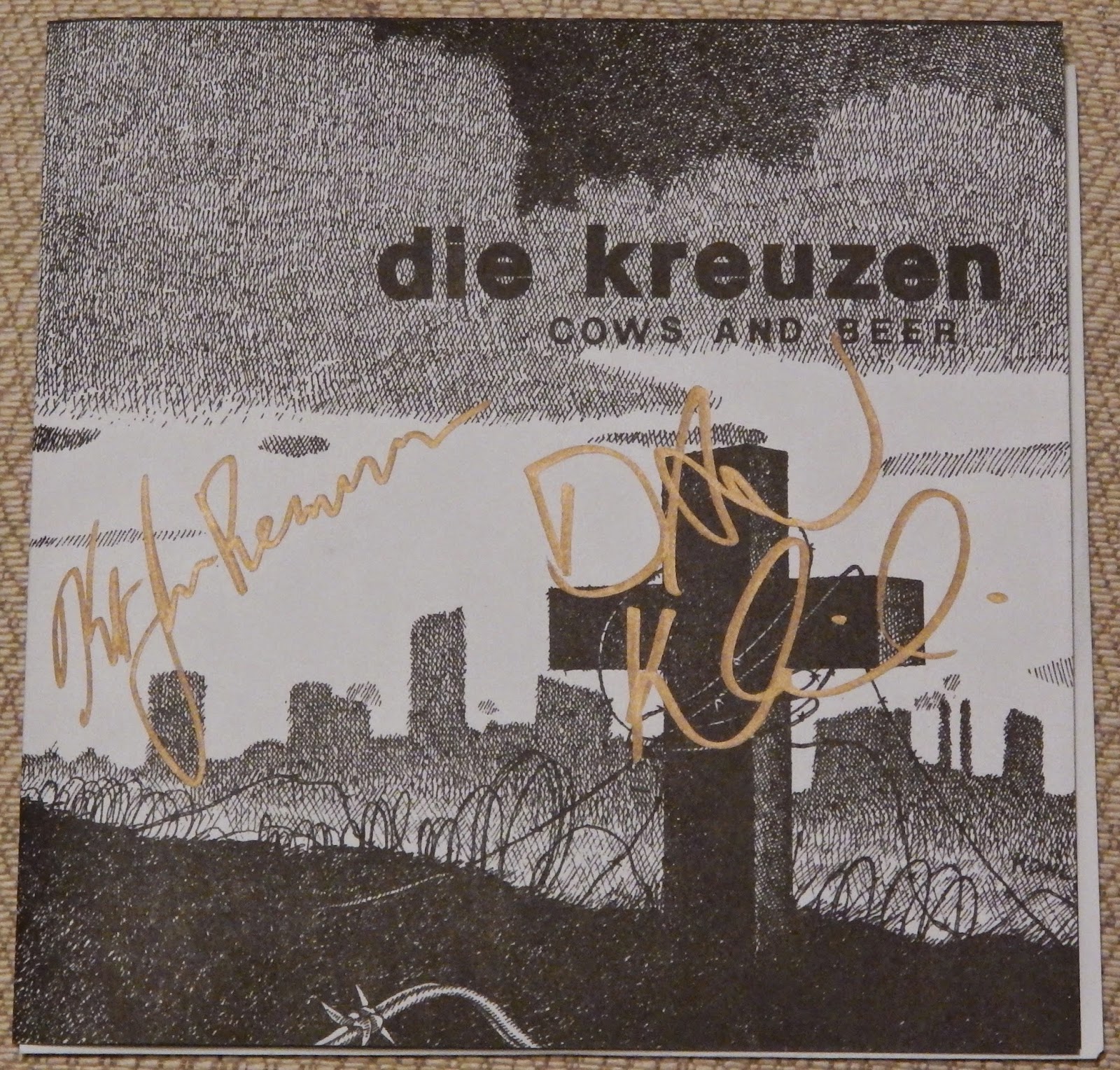 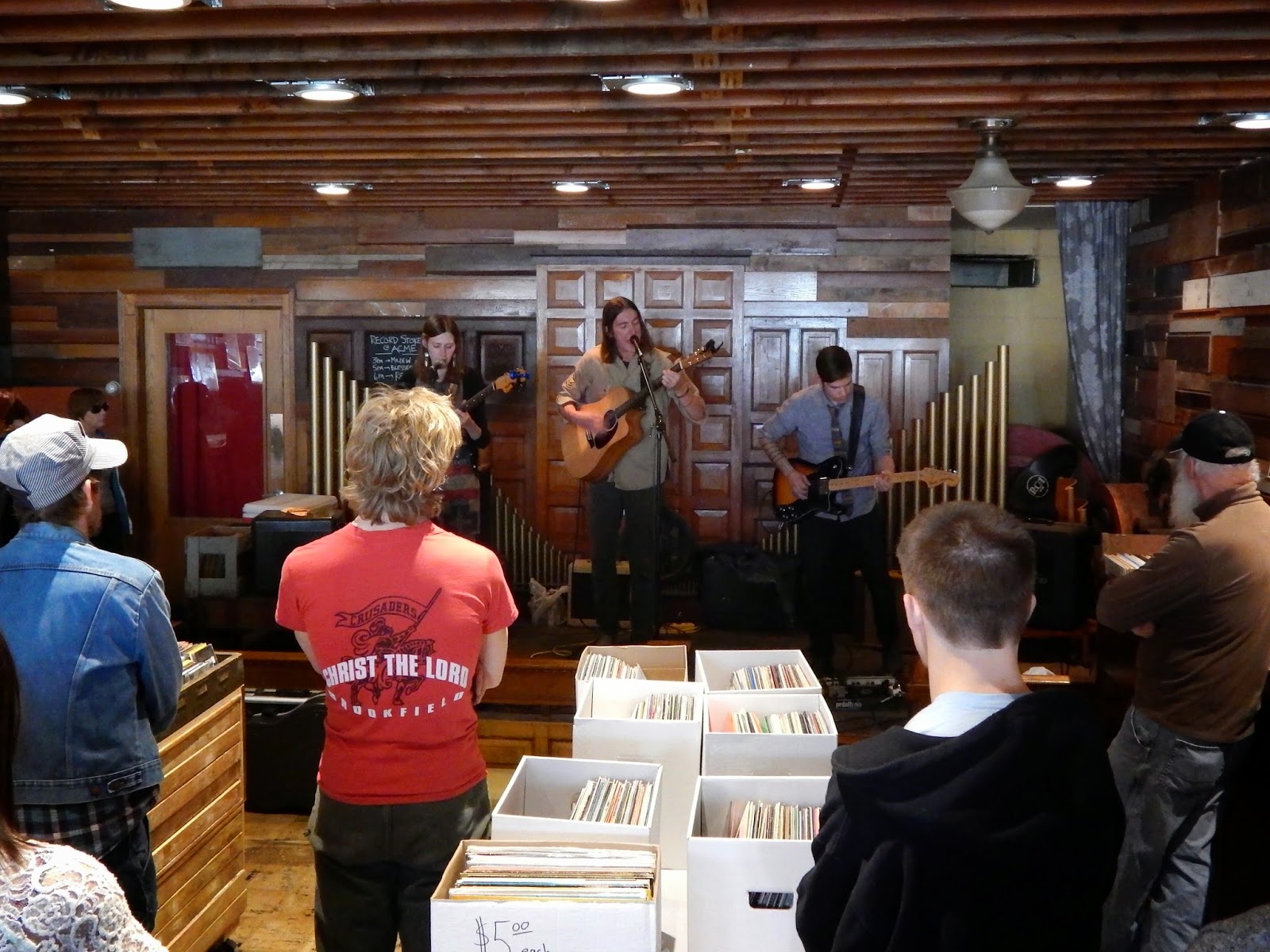 This year’s Record Store Day did not really excite me.  There wasn’t much on the list of releases that I just had to have.  Every year there is less I want and prices are higher.  I have a hard time paying $12 for a 7 inch single.  The one record I really wanted was Devo’s “Live at Max’s Kansas City.  It was sold out at the four stores I went to and is currently going for over $60 on ebay.  I started the day by waiting in line at the Exclusive Company at 6am.  They opened at 7am, and by 6am I was already about number 100 in line.  Exclusive Company has about 7 or 8 stores in Wisconsin, so they have buying power.  But by the time I made it into the store, it was pretty wiped out, only buying two items on my list.  I then went to Rush-Mor, a great local independent store.  There I picked up Devo (the picture disc), John Spencer 12-inch, and local punk legends Suburban Mutilation.  A trip to the east side Exclusive Company was a waste of time, so I finished my day at Acme Records in Bayview.  Acme, like Rush-Mor is a small vinyl heavy record store.  At Acme I watched Blessed Feathers play a great folksy pop set and bought even more records (this time non-RSD releases).  The highlight of this year’s Record Store Day was the re-issue release of Milwaukee’s Die Kreuzen’s first record, the “Cows and Beer” 7-inch ep.  Original copies are going for over $200 so it is nice to have a worthy remastered high quality substitute.  Original members Dan Kubinski and Keith Brammer were at Rush-Mor signing copies for appreciative fans .  It is great to see the record stores packed and selling lots of records.  Hopefully the new customers will keep coming back.