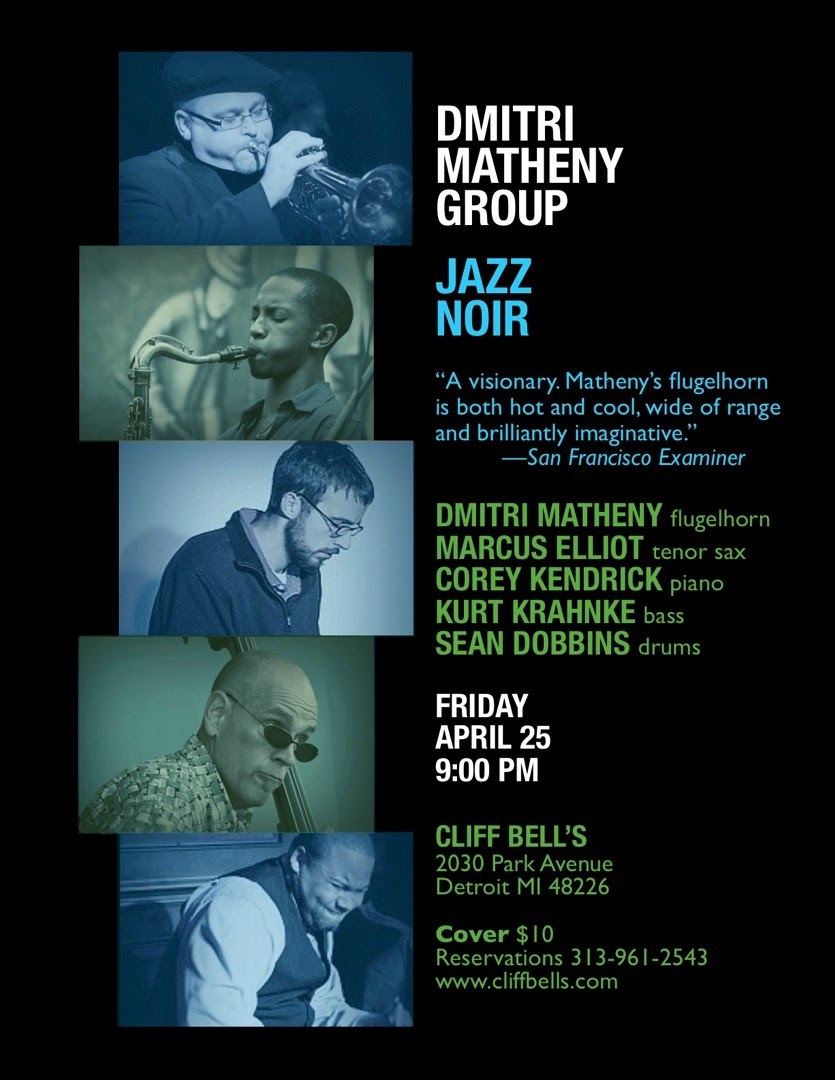 Matheny's 2014 tour sees him hit 100 cities including 14 performances in  the state of Michigan. Matheny is an honors graduate of Michigan's very own Interlochen Arts Academy and Boston's Berklee College of Music. Matheny, who is currently based out of San Francisco and Phoenix, will share the stage with Marcus Elliot on tenor saxophone, Kurt Krahnke on bass, Corey Kendrick on piano and Sean Dobbins on drums.

“An all-star jazz band featuring some of the most accomplished musicians in the western United States, the Dmitri Matheny Group is a cohesive and seamless unit, serving up equal parts soulful expression, caressing phrases, imaginative asides, and dedicated lyricism.”

Check out this video of  "Crime Scenes" 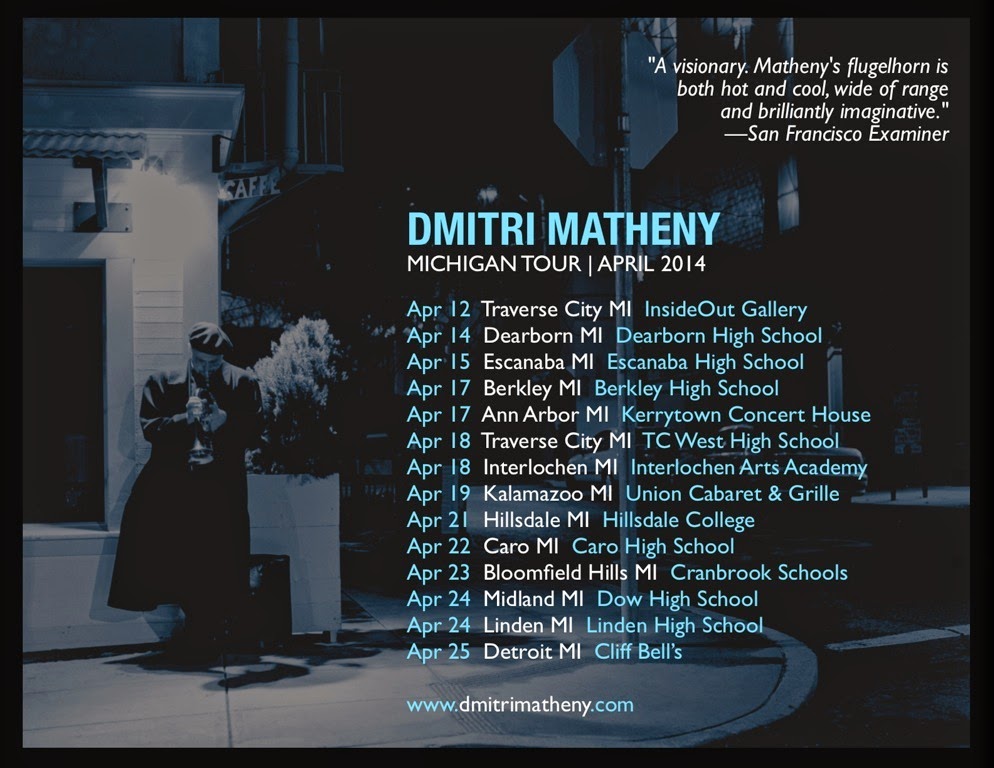