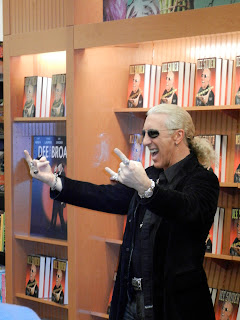 An overcast Allen Park received an injection of sunny disposition Saturday when Dee Snider stopped by Barnes & Noble to sign his new book, Shut Up and Give Me the Mic. Arriving with minimal fanfare, he rearranged the table so it didn't get between him and his anxious fans. The odd coalition of tattooed metal heads, suburban families, and cross-dressers had regular customers peering over shelves.

With the patience of a practiced politician, he took time to shake hands, hug, pose for photos, and chat with each and every fan. Dee quickly tossed out the store policy of signing books only and eagerly agreed to sign anything but genitalia (his disclaimer).

While observing from the side lines, a mother and son squeezed in next to me asking who the celebrity was. Admittedly not a fan of 80s metal, she had no clue who Dee Snider or Twisted Sister was. I mentioned that he was recently on The Apprentice, she'd heard of that. Apparently Dee still has some fans to convert. It's not for a lack to trying though, Dee has never been shy about reaching out to new audiences. His latest cd of classic Broadway hits, Dee Does Broadway, may just add a few more fans to the flock. 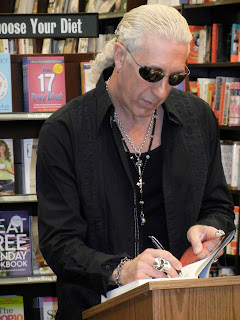 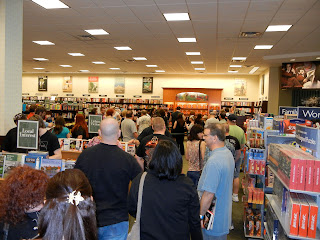