Day Ten (and last day) of the 2016 Cinetopia International Film Festival and MCB spent it in
Ann Arbor at both the Michigan Theater and the State Theatre. 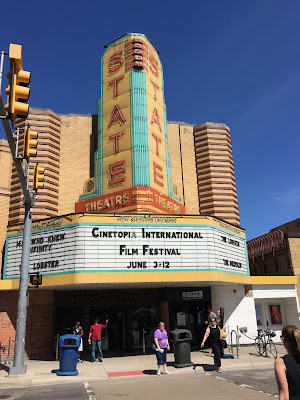 Here's what was viewed on DAY TEN... 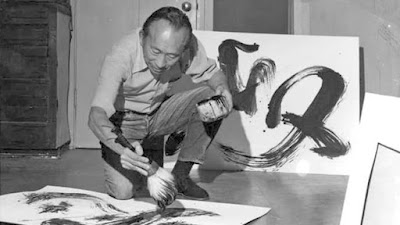 Tyrus
What THEY say:
The beauty of life is painted remarkably onto the screen through the incredible palette of the 105 years-young Tyrus Wong. The film takes the viewer into the world of a Chinese immigrant to the USA who not only overcame prejudice, but persevered to become one of the most culturally relevant artists today. As an artist in Hollywood, Wong inspired Walt Disney and helped bring us the delicate, majestic beauty of Bambi. Director Pamela Tom carefully weaves interviews with best-selling author LISA SEE, Hollywood film historian JOE MUSSO, art curator SONIA MAK, studio animation notable DON HAHN (who also is executive producer), and many more, alongside interviews with Wong’s family to give a rare, candid look at this unique man for our time. Take a visual walk through this gallery of a career that is at once touchingly memorable and of the moment. 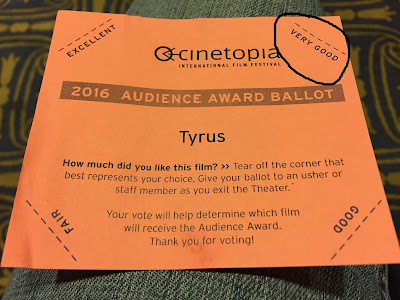 What MCB Says:
I had never heard of Tyrus Wong before this documentary, but have seen his work without even knowing it was his. Bambi may have been his most well known project, but Mr. Wong's work is vast and celebrated. Tyrus is the master of many mediums and has ventured into many creative outlets. He is a painter, muralist, ceramicist, lithographer, designer, and kite maker. You may have received a Christmas card adorning his art  in the past or gazed upon his hand decorated dinnerware pieces at your grandmothers house growing up.  Born in Canton, China 1910, Tyrus moved to LA in 1920 at age 9. The move was no easy task though as he was detained alone, without his father, for a month, on Angel Island when the Chinese Exclusion Act was in full effect. In his early days Tyrus sold paintings to the WPA Federal Art Project during the Great Depression, watched the government send his Japanese friends and colleagues to internment camps during World War I, and as a film production illustrator, set the tone for several iconic films during Hollywood’s golden era. Tyrus had to deal with the explicit and intransigent racism of the early- to mid-twentieth century which was common place back then. He dealt with racism from his coworkers at Disney and was not even credited properly on Bambi though he was the main inspiration for the art on the film. All these tales are told wonderfully by director Pamela Tom and Tyrus himself. Tyrus journeys back to many of his former haunting's in this documentary and at 105 he is still very witty and still works creatively. He may have officially retired in 1968, but that was retirement from working for other people. Tyrus himself has never stopped working but for a short time when his wife was ill. He says art is the only thing he was ever good at and contributes he success to hard work and luck more than talent. See this film and judge for yourself! 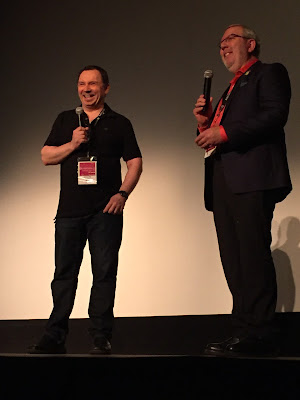 Renowned film critic, historian, and creator of the Walt Disney Treasure Leonard Maltin as well as award-winning Disney animator Andreas Deja were in attendance at the screening and introduced the film. They took to the stage after the screening as well to discuss all things Disney and Tyrus. Andreas has worked on many Disney hit films including Who Framed Roger Rabbit, The Little Mermaid, Beauty and the Beast, and The Lion King and audience members were eager to ask him questions relating to animation. Andreas shared we us that he left Disney after refusing to give up his pencil when everything converted to CGI. 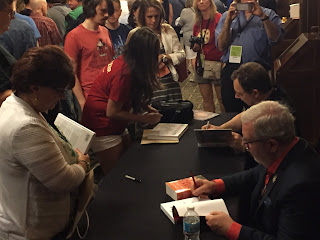 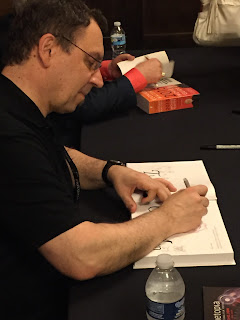 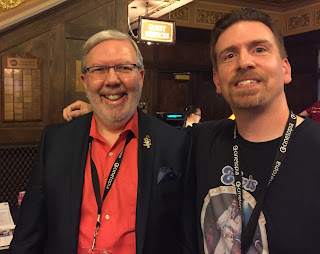 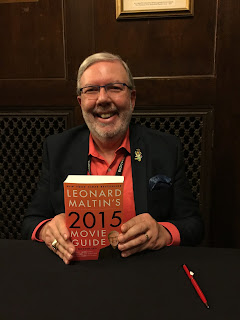 Both Leonard and Andreas retired to the Michigan Theatre lobby after the Q&A to sign their books that were being sold that night or just to hello to anyone that wanted to meet them. I personally chatted it up with Leonard Maltin about some of my favorite movies and asked him his opinion on them. He was such a part of my youth growing up and watching him on Entertainment Tonight was a necessity. Glad I was able to tell him this and I will not hold it against him that he didn't enjoy Natural Born Killers. 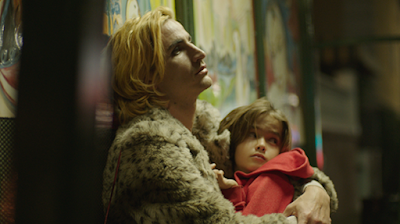 Hunky Dory
What THEY say:
Sidney spends his nights as a glam rocker and his days wandering his LA neighborhood engaging in various self-destructive acts with a wide range of colorful characters. But when his ex unexpectedly drops off their 11-year-old son and then promptly disappears, Sidney must face full-time fatherhood, broken dreams, and his own insecurities. Without camp, clichés, or conventions, Hunky Dory gives a fresh look at modern day families, sexual fluidity, and the fear of leading a mediocre life. Enthralling performances carry the viewer through this unique – yet always genuine – tragicomedy. Sometimes heartbreaking and sometimes hilarious, this film seeks out the honesty in the midst of the façade. 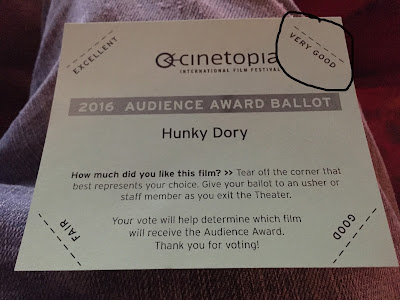 What MCB Says:
Hunky Dory is a tale about finding your place in life. Sidney is actually a dive bar drag queen at night and not a glam rocker as the synopsis notes above. His child believes him to be a glam rocker, but Sidney himself just feels like a failure. His relationship with his son is good, but he doesn't love himself enough to believe he's a good enough father or deserving of the affection his son is acutely willing to give him. Sidney is bisexual and he has a tendency to sleep around with ex's in hopes of collecting more cash. Cash is in need just as much as a good companion and besides his drag queen friend who is dying of cancer, Sidney also befriends a female prostitute who he doesn't even have enough money to have sex with. The film is well written with some good laughs and developed characters that come in and out of Sidney's wild life. 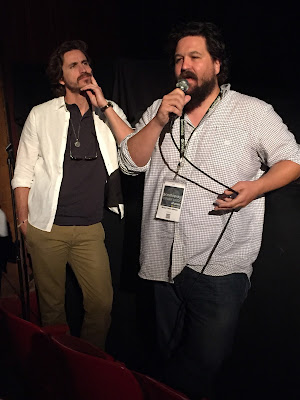 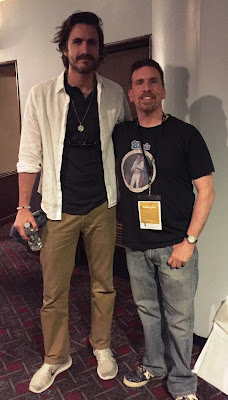 Both Director/screenwriter/producer Michael Curtis Johnson (an Eastern Michigan University alum) and screenwriter/producer/lead actor Tomas Pais were in attendance at this screening and they took part in a post-film discussion and Q & A. They discussed each of their roles in writing the script and gave us further insight into film. I appreciate Tomas Pais who played Sidney even more as a actor when seeing him in person as he is hardly recognizable as the character he played on screen. Tomas owned his character and I had the chance to tell him that after the Q & A. Tomas says he has other projects on the horizon in regards to acting and this film should be demo reel gold for future castings.

That's a wrap! Thanks again for another great festival year Cinetopia!
Posted up by Casey on 13.6.16