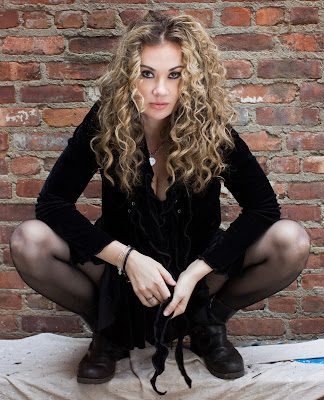 Singer-songwriter and actress DANA FUCHS will be bringing her full band electric blues rock show to Callahan's Music Hall in Auburn Hills on Thursday, July 14 and MOTORCITYBLOG has your chance to get in for FREE!

Dana Fuchs is a singer-songwriter and actress based in Harlem, New York. She continues to celebrate a versatile career that embraces music, theatre, and film. Dana most famously starred as rock singer "Sadie" in Julie Taymor’s Beatles-based musical romantic-drama, “Across The Universe”, and played Janis Joplin in Randall Myler’s off-Broadway musical “Love, Janis”. She fronts the Dana Fuchs Band, a soulful rock group continuously touring throughout Europe and the United States. Her albums “Lonely for a Lifetime” (2003), “Live In NYC” (2008) and "Broken Down" (2015) are available from Antler King Records, “Love To Beg” (2011) and “Bliss Avenue” (2013) and "Songs From The Road" (2014) are available from Ruf Records.


Dana is currently touring behind her latest album called, "Broken Down Acoustic Sessions". "Broken Down Acoustic Sessions" is a compilation of stripped down versions of previously released and unreleased Dana Fuchs songs, including brand new material created by Dana's exploration of different song-writing partners, plus a passionate cover version of Bobby Bland's "Ain't No Love In The Heart Of The City."

MOTORCITYBLOG is giving away a pair of guest list spots to the show. You and a guest will have the opportunity to catch a vocalist who means every note, every night. Drop us a e-mail at MCBdetroit@yahoo.com with "Dana Fuchs Tickets" in the subject line and your full name in the body of the e-mail to enter our random drawing. Winners will be notified on Monday, July 11.