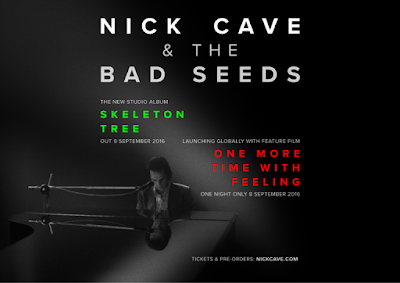 The new Nick Cave & the Bad Seeds film One More Time With Feeling is showing
one night only locally on Thursday, September 8.

The film will be playing at both
the Main Art Theatre in Royal Oak and Cinema Detroit.

The film directed by Andrew Dominik will screen in cinemas across the world
on September 8, 2016 immediately prior to the release of the new
Nick Cave & The Bad Seeds Album Skeleton Tree the following day.

Originally a performance based concept, One More Time With Feeling evolved into something much more significant as Dominik delved into the tragic backdrop of the writing and recording of the album. Interwoven throughout the Bad Seeds’ filmed performance of the new album are interviews and footage shot by Dominik, accompanied by Cave’s intermittent narration and improvised rumination.
Filmed in black-and-white and colour, in both 3D and 2D.

The Main Art Theatre screening is NOW ON SALE and the $15 ticket can be purchased HERE.
The Cinema Detroit screening is not yet on sale. 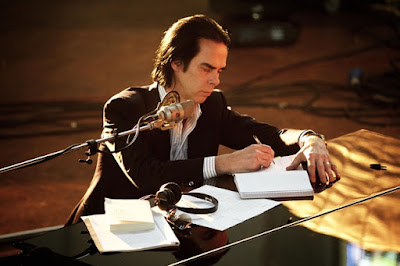