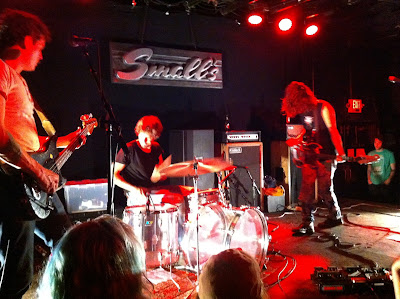 Two brothers, neither named Jeff comprise the nucleus of Nashville's Jeff the Brotherhood. They came through town and blew the roof of off Small's Bar in Hamtramck this past Monday night. They blazed through material from past albums and also some songs from the new album Wasted on the Dream. Brothers Jake and Jamin Orrall, both guitarists romped around on stage with fervor.  The remaining two members kept a steady flow to anchor the brothers' energetic fury. The Jeff's took the stage for a set of somewhere between and hour and an hour and a half. 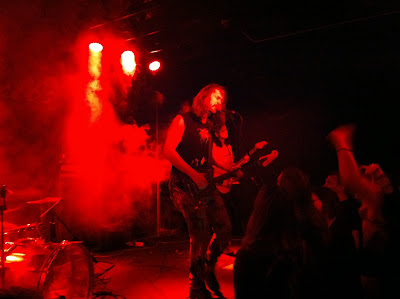 The crowd was at times both entranced by the hypnotic vibrations and repetitions and also brought to dancing, head banging, and even somewhat moshing to the loud psychedelic/ grunge rock that they delightfully play. Both brothers take turns trading off stage antics and heavy guitar playing poses. This was the second time in about 2 years that Jeff the Brotherhood made it's round in the area to Small's Bar. We were glad to welcome them back for a night of proper rock rumpus. We all hope that they come on back to these parts again soon. Join the Brotherhood. You'll be glad that you did. 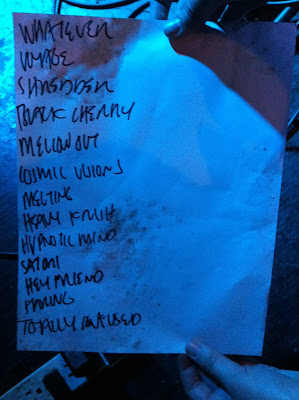 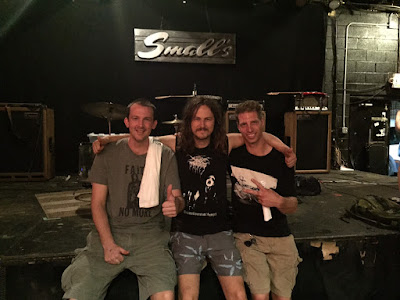