REVIEW: The 2015 Cinetopia International Film Festival DAY ONE- Back on Board: Greg Louganis screening

The 2015 Cinetopia International Film Festival kicked off this past Friday and MCB was there to take it in.

I must say the fine folks at Cinetopia are very well organized. Their website was very easy to navigate and it helped me decide which movies I wanted to view and at what venues and times. With more than 70 films and a dozen venues to choose from, I was very grateful for this. There was a wealth of information on the website to make the festival experience as enjoyable as possible.
I kicked off the first night of Cinetopia at the College for Creative Studies with the screening of Back on Board: Greg Louganis. 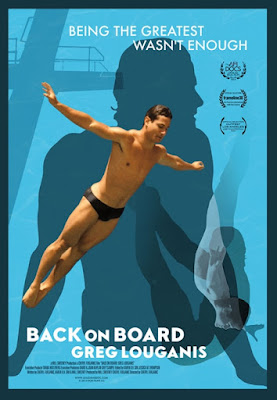 The film is a feature-length documentary that tells the life story of the four-time Olympic Champion. It explores the captivating, compelling, and complicated life of an Olympic star whose athletic talent spurred a worldwide fascination with diving. Part biography, part social exploration – this film reveals Louganis’ evolution from childhood diving prodigy to Olympic champion, and from pioneering openly gay athlete with HIV to almost forgotten sports icon. Back On Board is an engrossing story of an American legend.


*SPOILER ALERT. I  go into some detail in regards to scenes from the film. Proceed with caution.*
I did not know much about Greg Louganis going into the film, but I am always up for a good documentary and this one did not let me down. The film starts of with a modern day Greg about to lose his house due to financial troubles. His house is a constant theme in the movie and it's purchase was his biggest dream and achievement after he made it big in the spotlight. His house represented stability in life for him. Greg's life has been anything but stable and the recent house problems topped it off and made way for a documentation of a most interesting life.

Greg has had his fair share of triumphs in life. He first competed in the Olympics in 1976 at the age of 16. Though he didn't gold that year, he later became the only diver in history to win two gold medals in two successive Olympic contests — Los Angeles in 1984 and Seoul in 1988. His coaches, Dr. Sammy Lee and  Ron O’Brien, who collectively coached Louganis from 1978 through his performances in Seoul in 1988 add great insight to Greg as the Olympic trainer and eventual champion. Dr. Sammy Lee is quite and character and had the audience laughing at such wisdom as "You can't make a racehorse out of a jackass".

Along with the triumphs, the low points are also told. Greg was a outsider in life from the very beginning. He was adopted and often teased at school for his darker skin and his problems due to dyslexia. His sexuality was not made public during his Olympic competing years, but behind closed doors at the Olympics he was ostracized. Greg is reunited with past Olympic team mates in the documentary and Greg tells the story of Olympic athletics hanging signs that read B.A.F. (Beat All Fags).

Greg also had a boyfriend named Jim during his Olympic years who used him financially. He was a shady individual and left Greg with only $2000 in the bank. During his time with Jim, Greg also discovered he had H.I.V. He discovered this only a year before the 1988 Olympics and started a strict regimen of taking drugs to slow down the virus. It left him sleepless and it's a miracle he was able to achieve what he did in that physical and mental state. The infamous diving board accident in which Greg knocked his head and bled is documented and is often what the public remembers him by since it was such mainstream news.

Greg came out publicly as a homosexual in 1994 in preparation for his autobiography Breaking the Surface. In the film you hear the original book discussion tapes in which Greg's Mother asks him about him coming out and the effects it may have. It was a courageous move that was well received by much of the public. It had a lasting effect on people which is also documented in the film.

The film cuts back and forth from Greg's past to the present time. The present time has Greg explaining reasons behind his current financial situation. He never made on to a Wheaties box cover like Mary Lou Retton or had big endorsement deals. Greg has a feeling it had to do with his sexuality and he stayed away from diving and the Olympics after his Gold wins. He felt exiled in a sport he mastered. Greg was also a victim to a contracting scam on his home that had him taking out a loan that left him broke. His home was everything to him and here he was in the film packing up his belongings preparing to be evicted at anytime.

There's also a light at the end of the tunnel as the U.S. Olympic committee finally embraced Louganis and hired him to become a mentor to divers competing in the 2012 London Olympics. Greg also finds love in the film from a match.com connection.

I felt the film was flawlessly told. The vintage footage mixed in with the current candid discussions with Greg told a very emotional story. It was very heartwarming and compelling. The entire audience, including myself filled the room with applause as the credits started to roll.

The Cinetopia Film Festival likes to bring in people who have close connections to the films that they show. At this screening we were gifted with an in house appearance by Cheryl Furjanic who directed and produced the the film. She discussed the film with Cinetopia staff and also took questions from the audience. She said she hopes the film can help resurge Greg's career. 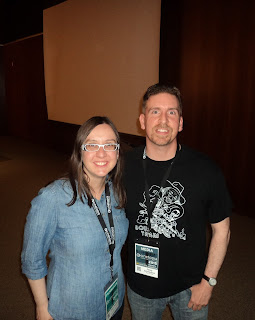 We were also lucky to have Greg Louganis himself via Skype. Greg Skyped in live from Honolulu, HI where he was in town showing the film. Greg was upbeat as he took questions from the audience. 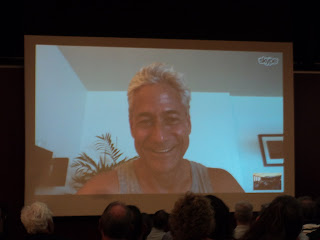 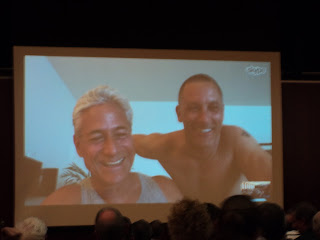 
The film is hopefully nearing a distribution deal so the masses should be able to see it soon. Locally you can still catch the film at the Cinetopia Film Festival on Saturday, June 13 at the Michigan Theater in Ann Arbor. Greg Louganis will be be joining the audience via Skype at this screening as well.

I was pleased to see that my vote will help determine the festivals Audience Award. This ballot was given to me as I entered the screening... 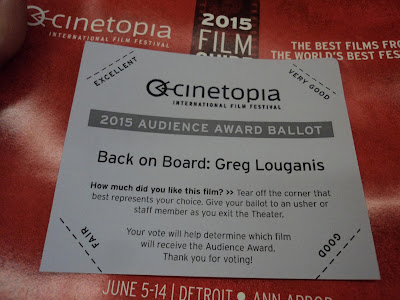 A overall great night was had and it was only the beginning of the festival. I shall be there to cover more, so stay tuned to Motorcityblog for more reviews.

The Cinetopia International Film Festival is running now till Sunday, June 14.
Visit cinetopiafestival.org for full film descriptions, trailers and dates/times/locations of all screenings and events.
Posted up by Casey on 8.6.15