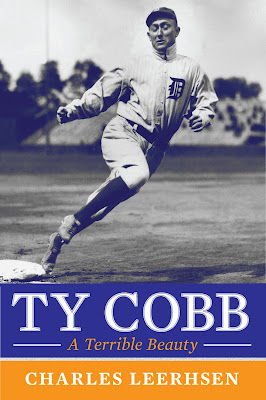 SATURDAY, JUNE 13
DETROIT- Author Charles Leerhsen will be at the Detroit Historical Museum to promote his new book, Ty Cobb: A Terrible Beauty on Saturday, June 13. Leerhsen will give a short lecture in the Allesee Gallery of Culture starting at 11 a.m. which will be followed by a book signing outside the Museum Store. 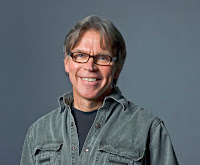 In Ty Cobb: A Terrible Beauty, Leerhsen, a former executive editor of Sports Illustrated, argues that the truths we think we know about Cobb are inaccurate and that these dark tales were spun after his death by an unreliable collaborator and biographer. This revelatory new book explores the myths behind one of the game's most controversial characters.
Setting the record straight, Leerhsen pushed aside the myths, traveled to Georgia and Detroit, and re-traced Cobb’s journey, from the shy son of a professor and state senator who was progressive on race for his time, to America’s first true sports celebrity. Leerhsen examined contemporary newspaper stories, interviews with teammates and opponents, and Cobb’s own letters to sort out truth from fiction.  In the process, he tells of a life overflowing with incident and a man who cut his own path through his times—a man we thought we knew but really didn’t.

The book will be available for purchase in the Museum Store for $27.50.

When Cobb retired in 1928, after 21 years with the Detroit Tigers and two with the Philadelphia Athletics, he held more than 90 records. When the Hall of Fame began in 1936, he was the first player voted in. But Cobb was also one of the game’s most contentious characters. He got in a lot of fights, on and off the field, and was often accused of being overly aggressive. As Leerhsen writes, “Cobb often felt ashamed of his angry outbursts; he was, after all, a true personage who played poker and sipped bootleg whiskey with the president of the United States, Warren G. Harding, at a private all-men’s club outside Augusta, not to mention a Southern gentleman.” After his death in 1961, however, something strange happened: his reputation morphed into that of a monster, a virulent racist who also hated children and women, and was in turn hated by his peers. How did this happen? Who is the real Ty Cobb?

“Cobb, as surprising as it may sound to those who base their opinion of him on the ever-darkening myths that float through today’s popular culture, was not always the crankiest person in the room,” Leerhsen writes. “The current-day conventional wisdom about him as encapsulated in the line mouthed by the Shoeless Joe Jackson character in the movie Field of Dreams, ‘No one liked that son of a bitch,’ simply isn’t accurate.”

The Detroit Historical Museum, located at 5401 Woodward Ave. (NW corner of Kirby) in Midtown Detroit, is open to the public Tuesday through Friday from 9:30 a.m. to 4 p.m. and Saturday and Sunday from 10 a.m. to5 p.m. Admission is free for all, all the time. Parking in the Museum’s lot is $6 at all times. Group tour pricing and information is available by calling 313.833.7979. Permanent exhibits include the famous Streets of Old Detroit, the Allesee Gallery of Culture, Kid Rock Music Lab, Doorway to Freedom: Detroit and the Underground Railroad, Detroit: The “Arsenal of Democracy,” the Gallery of Innovation, Frontiers to Factories, America’s Motor City, and The Glancy Trains. For more information, call the Museum at 313.833.1805 or check out our website at detroithistorical.org.
Posted up by Brett J Lawrence on 12.6.15