A Night with Katie Grace 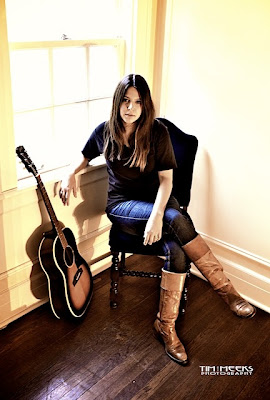 Spend the night with Detroit's best bad girl, Katie Grace, who will play a concert upstairs at The Park Bar on Friday, November 9 at 10:00 pm (9:30 doors). On this special night she will preview new songs and old favorites in both solo and band performances.

One of her new songs is called, "It's Hard Being a Woman in a World of Men," a song she wrote while on break from her summer tour of Michigan.

Alt-country singer-songwriter Katie Grace has kept busy since the February release of her debut album, "Best Bad Girl." The band has been playing locally and touring regionally in support of the album. The album has been receiving airplay on Americana and country radio stations nationwide and garnering favorable reviews from the national and international music press.

The website Maverick Country UK proclaimed, "Grace has taken the bull by the horns with her solo debut, a varied mix of honest stories, gentle harmonies and infectiously lush musicality of country-fused sounds… The album provides a bold introduction to this blossoming young singer-songwriter and one that cannot and should not be ignored. There is promise here, and one that can be applauded."- Emily Saxton, Maverick Country UK

For information on Katie Grace, check out the website: www.bestbadgirl.net  www.reverbnation.com/katiegrace
Posted up by Dirk Belligerent on 22.10.12