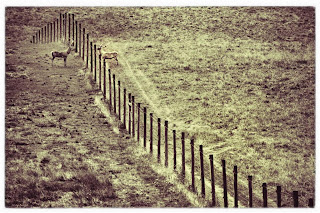 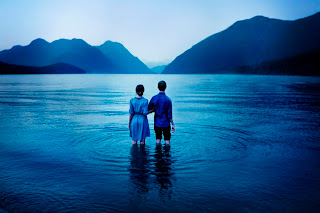 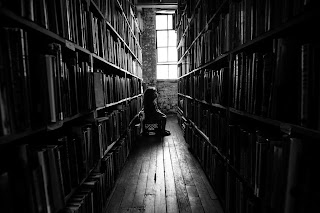 Surely you have seen the commericals where one of Hollywood's most renowned directors, Ron Howard is scouring over thoudands of random photographs looking for inspiration for his next movie project?
Well he has selected  local winners from the Michigan area in Canon's "Project Imaginat10n," where five celebrity directors - Eva Longoria, Jamie Foxx, Georgina Chapman(designer and co-founder of Marchesa), James Murphy (founder of LCD Soundsystem) and Biz Stone (co-founder of Twitter) will direct short films based on  consumer submitted photographs.

Rob Woodcox of Livonia has been chosen as a winner in the Setting category, in addition to Jesse McClear of Midland Township in the Obstacle category, and Sal Rodriguez from St Clair Shores in the Goal category.

The celebrity directors are now reviewing the photos and will select one from each of the 9 categories in addition to Ron Howard's pick for the 10th theme of "Discovery."

Ron Howard Chooses One Winning Photograph, "Unparalleled" by Jennifer Harris from New Orleans, LA for the "Discovery" Theme to be Represented in All Celebrity Director Films

A consumer vote helped narrow down the photographs, where one of the selected winners' photos was chosen by Ron Howard in the "Discovery" category to be a thematic tie across the celebrities' films. The directors will now each select one additional photograph from the other nine storytelling categories that personally inspire them, ultimately utilizing ten photos to represent their creativity and imagination.  In addition to "Discovery," the themes include Character, Mood, Goal, Backstory, Setting, Obstacle, Relationship, The Unknown and Time.

The winning photographs determined by Ron Howard and the consumer vote can be seen at imagination.usa.canon.com.

Ron Howard said, "In choosing 'Unparalleled' for the Discovery category, it was important that I picked an image that was tremendously imaginative, visually fantastic and thematically pliable so that it could give the filmmakers a lot of possibilities to inspire an element of mystery and suspense.  Moments of discovery are often what you remember most in a film."

In 2011, Ron Howard and Canon U.S.A. partnered for a similar creative endeavor, "Project Imagin8ion."  Eight photos were selected and influenced an award-winning short film, "when you find me," directed by Bryce Dallas Howard.  For year two of Canon's "Long Live Imagination" campaign and the next endeavor, "Project Imaginat10n," Ron Howard will once again mentor the celebrity directors as they begin the filmmaking process to prove that "we're all creative."

"I am so passionate about the integrity and user-generated process of 'Project Imaginat10n' where our celebrity directors can be directly inspired by photographers from all across the country," said Ron Howard. "As we selected the photographs, I was blown away by the beauty, perspective and intrigue that they conveyed, and was thrilled that so many people wanted to once again take part in this exciting artistic experiment."

The celebrity directors are currently reviewing the winning photos to make their selections, craft their stories, develop their scripts and prepare to produce their own short films with Canon's Cinema EOS System and DSLR cameras.  The films will be produced by Freestyle Picture Company, which also produced "when you find me" in 2011.  All five films go into production between Fall 2012 and Spring 2013 and will premiere at a special "Project Imaginat10n" Film Festival.

The "10" in "Imaginat10n," represents ten films that will ultimately be produced – five additional directors will be announced at a later date.