Quiet Company has hooked up MCB with a sweet signed vinyl
to roll out to you promoting next Tuesdays show at Pike Room Crofoot
email motorcityblog@earthlink.net for your shot to win 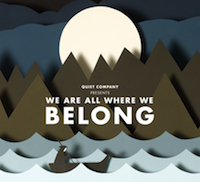 2012 has proven to be a breakout year for Austin-based band Quiet Company.  Born from Taylor Muse's    (Vocals/Guitar/Piano) bass guitar work in Eisley as well as his former band the Connotations, Quiet Company is a band that is poised to break into the national spotlight. 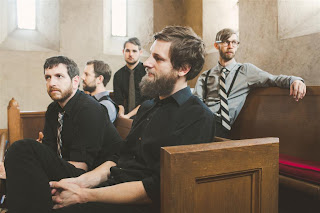 Just this past spring at the Austin Music Awards Quiet Company had the distinct honor of taking home 10 awards including Austin's Band of the Year and Best Rock Band.   February saw the release of We Are All Where We Belong, a record released with backing from Grooveshark, and an album that changed the course Quiet Company had been traveling.

"Prior to We Are All Where We Belong Quiet Company lead singer Taylor Muse sometimes wrote from his Christian background using religious symbolism and imagery in the lyrics, however, upon this release he rescinded his Christian faith and wrote an album that challenges his religious belief."