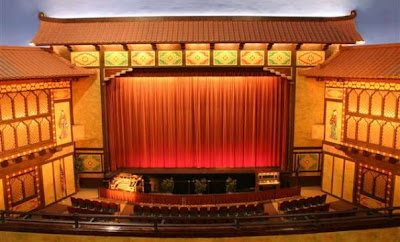 Be a part of movie history as The Redford welcomes back The Evil Dead to the theater where it was launched.  Director and former Metro Detroiter Sam Raimi was only 22 when he made his tale of five college students in a creepy cabin in the woods.  Shown here first on Oct. 15, 1981, it has since become one of the best-loved and most influential horror movies ever. This one-night-only midnight screening is a must-see event for any Evil Dead fan.
Posted up by Detroit Area Dork on 17.10.12