MCB has a few fresh vinyls and tickets ready to roll for CATL. who play a show in Windsor in a few weeks on 11/09 - email motorcityblog@earthlink.net for you shot to win

Dirty. Sweaty. Fun. Toronto-based catl. is a ‘trio steeped in blues tradition yet refreshingly idiosyncratic’ (Vish Khan | Exclaim! | May 2012). Our main motive is to get people off their asses to enjoy a little dancing and drink’n. So get ready, cuz’ we’re comin’ for YOU Windsor/Detroit!

Co-headlining the show with us is Danny Kroha.

Hailing from Detroit rock-city, he was a member of cult-favorite garage band The Gories, as well as
dirty sex-rockers The Demolition Dollrods.

This will be a long-awaited return to the Phog Lounge for catl. Since their last visit, the band released a brand new record and have been keeping busy (but not out of trouble) hitting the road throughout Canada and The United States. Their last 2 records were recorded just across the river at Ghetto Recorders in Detroit with local producer Jim Diamond (The White Stripes, The Dirtbombs).

On the latest release, ‘Soon this will all be gone’, Danny Kroha joined them to play harmonica.

catl. are really excited to be carting him across the border to play a set of his own interpretation of the blues at the Phog Lounge. Maybe he’ll even climb on stage to play some harp with the band for a few tunes!

Catl have recently played shows with The Alabama Shakes, and The Jon Spencer Blues Explosion on their last tours, and are looking forward to a gig at the National Arts Centre in Ottawa, mixed with more U.S. dates later this month.

Totally well paced and dynamic, Soon This Will All Be Gone is a fun as shit revival of all the best aspects of delta blues and swampy jams.

Be sure to pick up your very own copy of catl's brand new record ‘Soon this will all be gone’. Comes complete with a CD (for the vinyl impaired), and beautiful limited edition artwork full of critically acclaimed innards. 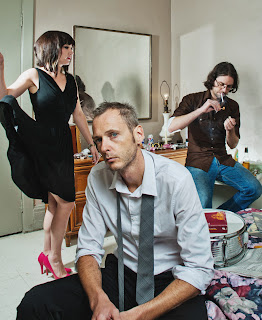 Come and buy us drinks!